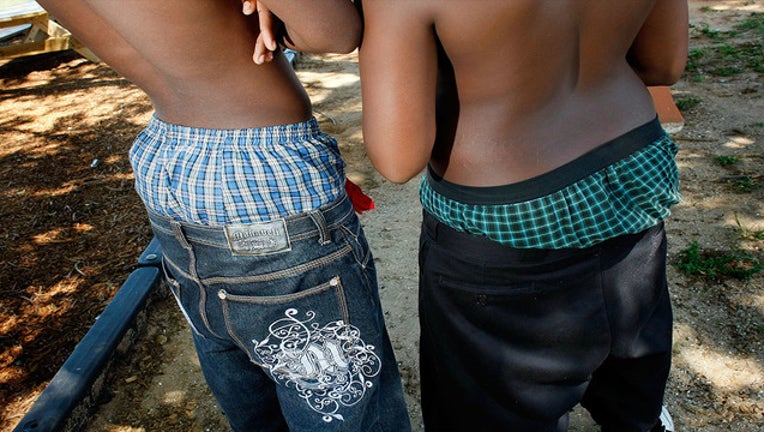 Residents in the Chicago suburb of Hillside are calling for an ordinance that bans people from wearing “sagging pants” in public.

A village board meeting is being held Monday night at 7:30 p.m. at 425 Hillside Avenue in Hillside.

A small town in South Carolina passed an ordinance in 2016 that fines people for wearing “sagging pants.”

During a Timmonsville, South Carolina Council Meeting, members passed the ordinance 5 to 1. Mayor Pro Tem William James, Jr said the ordinance is about integrity and respecting yourself. "Intentionally displayed" undergarments that can be seen in public because of saggy pants will not be allowed.

The South Carolina ordinance read: "It shall be unlawful for any person driving or walking in the streets and roads of the Town of Timmonsville to:

(a) Engage in public nudity;

(b) display pornographic material such that others are unwantingly exposed to the same or that minors are able to view the same;

(c) display the flesh of one's rear-end, behind, or backside during stationary or movement within the city limits;

(d) wear pants, trousers, or shorts such that the known undergarments are intentional [sic] displayed/exposed to the public."

On the first violation, authorities give a verbal warning. On the second, they may issue a written warning along with having their name listed in a law enforcement registry. If a third violation occurs, a citation will be issued along with a $100 - $600 fine as the judge sees fit.