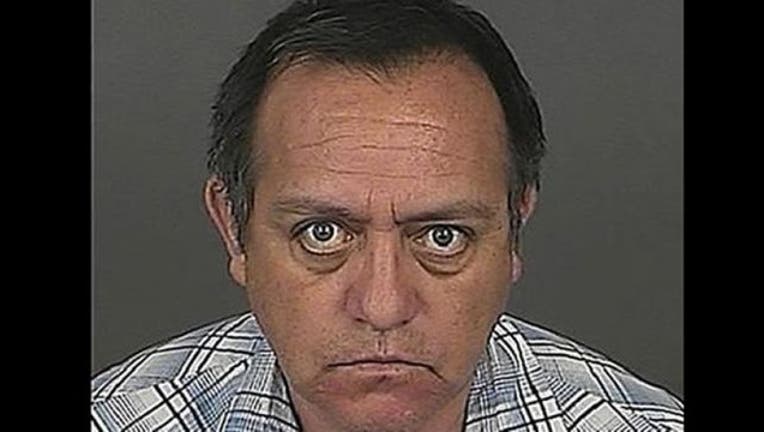 (FOX News) - He was slated to be second-in-command at Albuquerque Public Schools, but Timothy Martinez has instead started the year as a fugitive on the run from police in two states before being captured Wednesday after he was revealed to be facing multiple outstanding child sex abuse charges in Colorado.

Martinez, 50, was hired in June as the district's $163,000-per-year deputy superintendent under the name Jason Martinez, but quit on Aug. 20, citing personal reasons. But the real reason for his abrupt resignation, which came after weeks of Martinez dodging fingerprinting and background checks for the new job, was likely the knowledge Colorado authorities were closing in on him. Martinez was free on bond but not allowed to leave Colorado, where he faced charges in Denver of sexual contact with a boy under 15 in 2012 and 2013, incidents authorities say were part of a "pattern of sexual abuse."

The Denver District Attorney's Office confirmed to Fox News on Wednesday that Timothy Jason Martinez was arrested in Denver around 10:30 a.m. local time by  the Rocky Mountain Safe Streets Task Force. He is currently being held without bond in the Denver Detention Center, and is scheduled to appear in court Thursday morning.

The question remaining in Albuquerque is how a predator landed a job in the 95,000-pupil district.