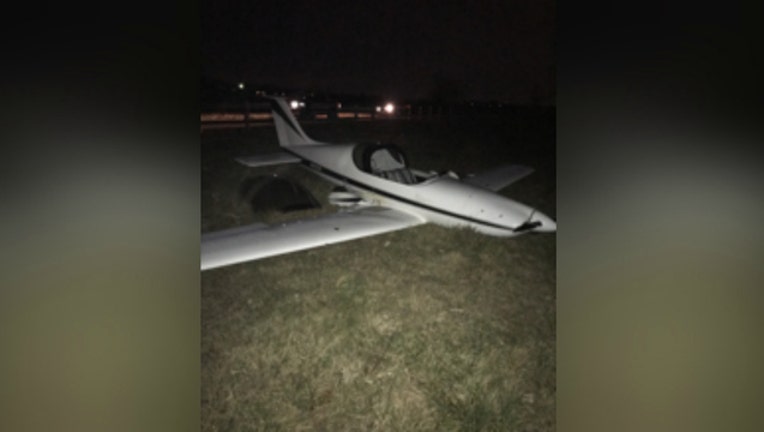 PLATO CENTER, Illinois (Fox 32 News) - A homemade plane crashed in a rural area near Elgin, Illinois on Saturday night. No one was hurt.

The single-engine Aero Design Pulsar was being flown by David Weaver, 74, of St. Charles. It crashed in a horse pasture near Plato Center around 5 p.m.

Weaver told investigators that "because of an issue with lighting," he misjudged his approach to Olson Airport.

The plane's landing gear was damaged and the FAA is investigating.