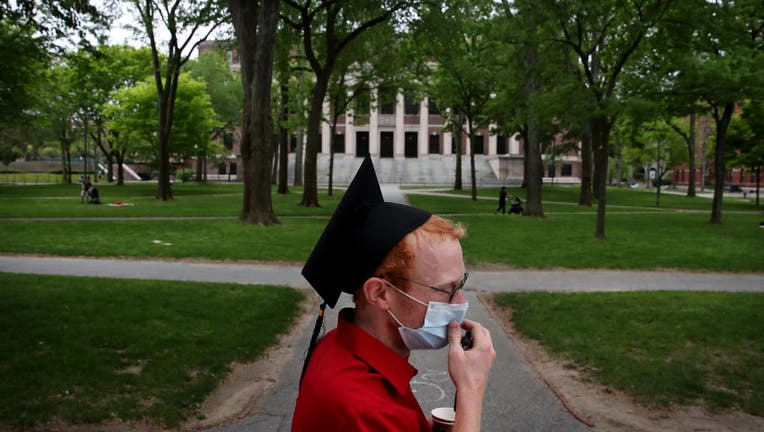 According to U.S. Immigration and Customs Enforcement, the Student and Exchange Visitor Program (SEVP) announced Monday that non-immigrant students taking online classes due to the COVID-19 pandemic for the fall 2020 semester will not be allowed to remain within the United States.

But as the fall 2020 semester approaches, non-immigrant students who are part of the SEVP and have a full course load of online only classes will have to return to their respective countries.

If returning to their home country is not possible, students will have to take alternative steps to maintain their non-immigrant status, such as finding a school that will cater to in-person classes, a reduced course load, or appropriate medical leave, according to an ICE news release.

The SEVP stated in a news release that schools should update their information in the Student and Exchange Visitor Information System (SEVIS) within 10 days of the change if they begin the fall semester with in-person classes but are later required to switch to only online classes, or if a non-immigrant student changes their course selections, and as a result, ends up taking an entirely online course load.

As the COVID-19 pandemic rages on and cases continue to increase in the U.S., those who have worked to migrate to the states for either work or education have been left behind.

RELATED: US has 4% of the world’s population, but more than 25% of global coronavirus cases

For the tens of thousands of U.S. visa lottery winners who are randomly selected from a pool of more than 14 million applications, they will have to wait until President Donald Trump’s ban on green cards is lifted at the end of 2020. This includes the lottery's “diversity visas,” which have been issued every year since 1990 to people from underrepresented countries.

Trump’s decision to extend the ban marked the first time the visa program has been interrupted since it was created to attract immigrants from diverse backgrounds. U.S. immigration lawyers are considering challenging the move in court.

The administration put the hold on the visas as part of what it claims are efforts to free up jobs in the coronavirus-wracked economy — a reason the president has used to achieve many of the cuts to legal immigration that eluded him before the pandemic. The president's move also applies to other green-card applicants and to people seeking temporary work visas at high-tech companies, summer camps and multinational corporations.

The H-1B visa program allows U.S. employers to hire high-skilled foreign workers, mainly for tech jobs. Employers first have to determine there are no American candidates, and then undertake a lengthy sponsorship process that costs as much as $15,000, making the program highly competitive.

Trump signed an executive order on June 22 that suspends applications for H-1B and other high-skilled work visas from abroad, claiming the move would protect jobs amid the record U.S. unemployment caused by the pandemic.

The Trump administration’s ousting of foreign students from the U.S. and barring of foreign workers comes amid a ban on American tourists by member states of the European Union.

The EU has agreed to keep the U.S. off an initial "safe list" of 14 countries from which it will allow non-essential travel starting in July, according to the European Council.

RELATED: ‘People are willing to play Russian roulette with their family’s lives’: Doctor slams behavior in US

EU officials determined which countries were allowed entry by looking at new infections, testing capacity and other steps governments have taken to prevent the spread.

The United States leads the world in the number of COVID-19 cases and deaths with nearly 2.9 million infections, according to July 6 data from Johns Hopkins University.