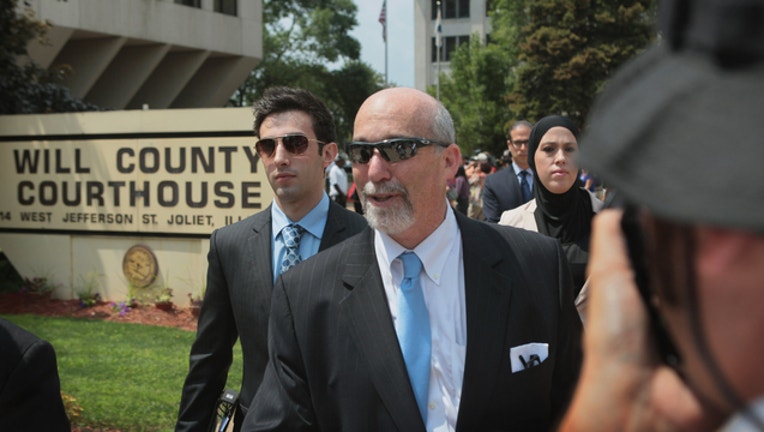 Joel Brodsky, attorney for Drew Peterson, leaves the Will County Courthouse during a recess in Peterson's murder trial July 31, 2012 in Joliet. (Photo by Scott Olson/Getty Images)

CHICAGO (AP) - The Illinois Supreme Court has suspended the license of a lawyer who gained notoriety for representing convicted murderer Drew Peterson and is under investigation for alleged courtroom antics.

The high court acted Wednesday in the wake of a filing by the Illinois Attorney Registration and Disciplinary Commission contending Joel Brodsky "engaged in conduct that threatens irreparable injury to the public and to the orderly administration of justice." The agency said Brodsky's suspension should occur even through the investigation into his actions is ongoing.

Brodsky's suspension comes less than a week after an administrative panel of the U.S. District Court in Chicago cut his yearlong suspension from practicing there in half.

Peterson, a former Chicago-area police officer, was convicted in the 2004 drowning death of his third wife