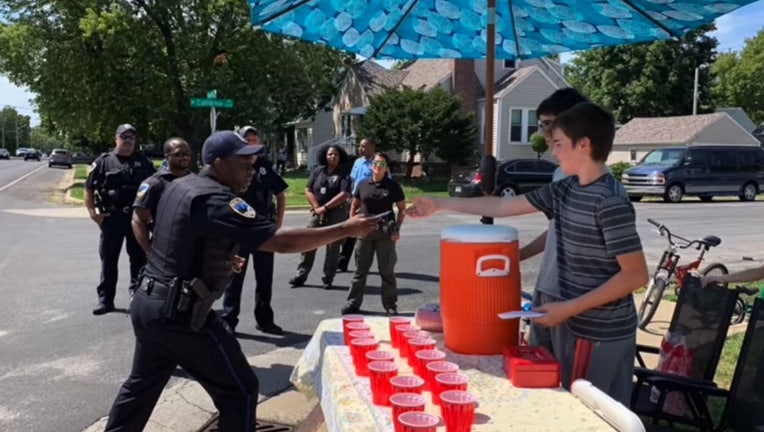 PEORIA, Ill. - Two Illinois teenagers who were running a lemonade stand were robbed at gunpoint, and local police stepped in to replenish the stolen funds.

Earlier this month Jude Peterson and his friend Tristan Charbonnel, both 13, set up a lemonade stand in Peterson’s Peoria neighborhood when police said two people, one of which had a gun, robbed the stand and the incident was reportedly caught by a neighbor’s surveillance camera.

Charbonnel told “Fox & Friends Weekend” on Sunday that “last week two boys came up with a gun and took all the money.”

“It was really surprising, but there wasn't really time to be scared,” he continued. 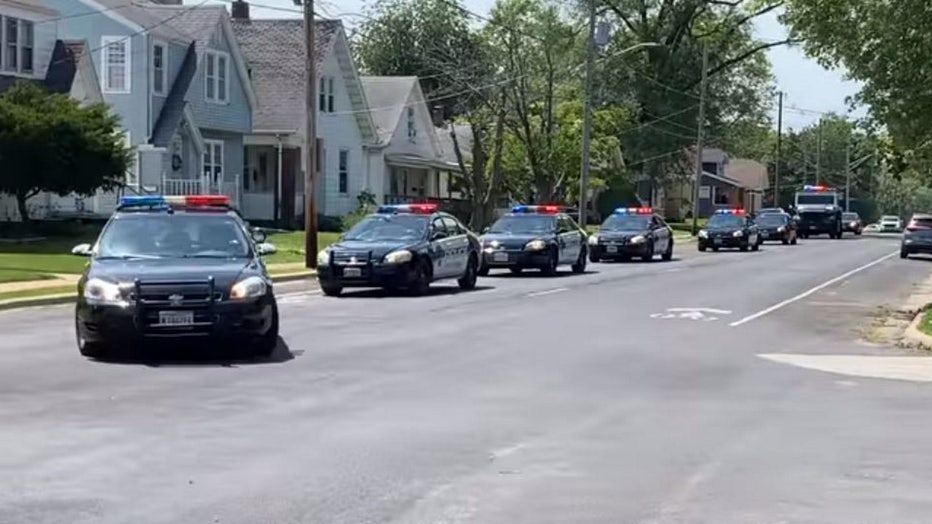 Officers line up to support the teens' lemonade stand after they were robbed. (Peoria Police Department)

Peterson and Charbonnel were not injured and the thieves took off with the cash box, which contained about $30, the Peoria Journal-Star reported.

Peterson’s father Nathan told the news outlet that Peoria police officers who showed up to the scene “were buying $20 lemonades, which was really kind of them.”

“They were super-gentle with the kids and really seemed to care,” he added.

When people in the neighborhood learned of what had happened, they reportedly stopped by the lemonade stand to donate money and items, including candy and potato chips, to sell.

Chief Loren Marion with the Peoria Police Department told “Fox & Friends Weekend” on Sunday that the community policing sergeant with his department “came up with the idea after the incident happened to do a fund-raiser for the kids.” 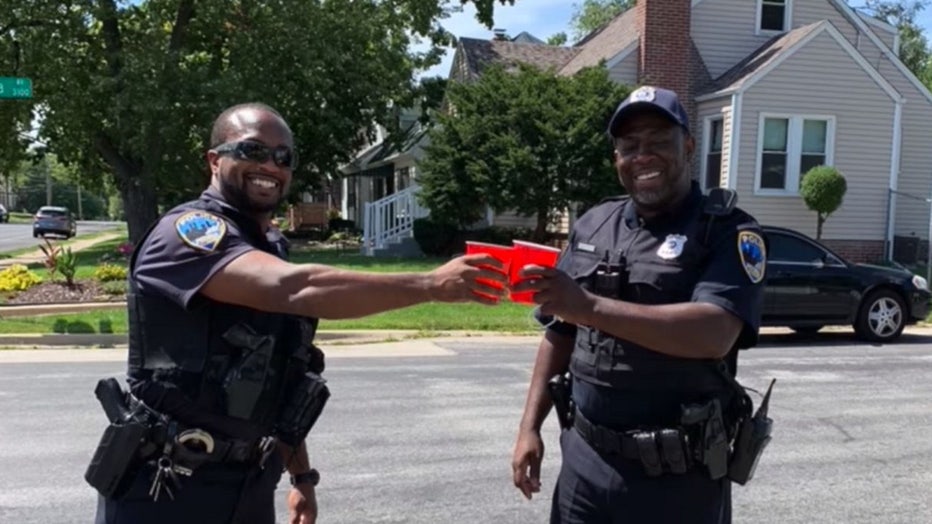 Marion said he sent out an email to the department and said, “‘Hey, we would like to try to replace the money with these kids and encourage them.’ And it took off from there.”

“There were so many people helping us out,” Charbonnel said on Sunday.

Marion said on Sunday that detectives assigned to the case are “making progress” and he believes they will make an arrest.