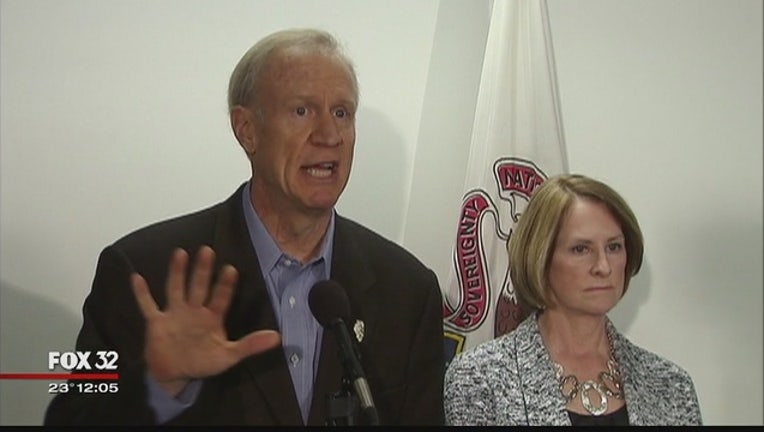 CHICAGO (AP) - The leader of the Illinois Department of Juvenile Justice said Tuesday that the agency would forge ahead with plans to close a maximum-security youth detention center despite objections from a bipartisan legislative oversight panel.

Director Candice Jones said the panel's advisory vote last week, where lawmakers suggested other uses for Illinois' newest juvenile jail, was "disheartening," but it was hard to justify keeping the facility in Kewanee open. She said outcomes for teenagers have been poor and the state can now transition to smaller centers better proven to rehabilitate youth.

"We must focus on a meaningful dialogue about how to change Illinois' juvenile justice system to improve public safety through better youth outcomes," she said in a statement.

Gov. Bruce Rauner's administration announced cost-saving plans in February to shutter the center roughly 35 miles southeast of the Quad Cities area. Rauner estimated the state could save over $14 million this year if the facility closes by July 1. The closure plans were praised by juvenile justice experts who argue community-based settings are better than jail and civil rights advocates against incarcerating teenagers.

Jones also said the closure was good for taxpayers since the center has excess capacity with dwindling juvenile offender populations and state resources are sparse. Lawmakers and Rauner still haven't agreed on a budget for the fiscal year that began last July.

However, last week the state's Commission on Government Forecasting and Accountability issued a 5-6 advisory vote against closing. Some against the closing suggested using the 15-year-old facility in other ways to ensure it wouldn't be left abandoned or deteriorate. Others worried about the economic impact of losing as many as 218 jobs.

Rauner administration officials have said they're exploring alternative uses for the facility. Jones said the agency was prepared for the opposition vote and state officials planned to work with employees to find other placements with the state.

Democratic Rep. Mike Smiddy, from Hillsdale, urged keeping Kewanee open and said he was disappointed in Tuesday's announcement, saying it's more efficient to operate and less costly than other facilities. He anticipated a geographic gap in north central Illinois. Of the five other state juvenile detention centers, three are in the Chicago region and two are downstate in Harrisburg and Grafton.

"It's probably one of the last facilities you should look at closing because of all the assets that it has, newer facility, near interstate highways and having large communities around it," Smiddy said.