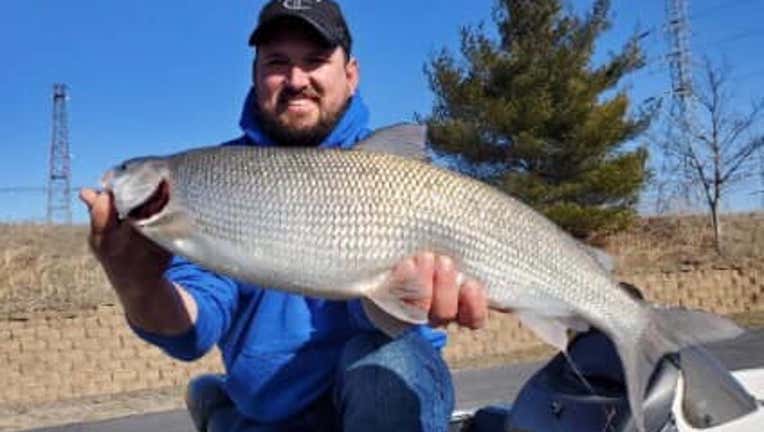 Phil Duracz caught a 9.34-pound whitefish while out on Lake Michigan earlier this month.

An Indiana fisherman has set a new state record after hauling in a large whitefish.

Phil Duracz caught a 9.34-pound whitefish while out on Lake Michigan earlier this month. According to the Indiana Department of National Resources, this new fish beat out the previous record by 1.65-pounds. That record had been set in 2019.

The state department writes that the lake whitefish record has been broken eight times since the year 2012.

"Whitefish are usually caught by pier anglers using simple techniques, such as bottom fishing with a slip sinker rig with a short leader, small hook, and single salmon egg or piece of nightcrawler," Lake Michigan biologist with the Indiana DNR Division of Fish and Wildlife Ben Dickinson said. "As the ecosystem changes due to invasive species, whitefish are switching from eating mostly invertebrates to incorporate more small baitfish such as invasive round gobies. We’re also seeing more boat anglers targeting them successfully using jigging spoons or small swimbaits worked slowly on the bottom."

Fox News previously reported that last year, more than two dozen catch and release records were set in Idaho. According to the report, this was the highest number of these records set since the state began keeping track in 2016.

This is likely due to the fact that so many more anglers were out on the water in Idaho last year. There was reportedly a 15% increase in the sale of fishing licenses from 2019's sales, setting a 10-year high in sales.