A deadly confrontation at a convenience store in Bay Point was all caught on camera.

BAY POINT, Calif. - A clerk who used to serve in the military fatally shot one of two armed robbery suspects who had entered a Bay Point convenience store, pistol-whipped him and stole money from the register.

"Instinct just kicked in," explained 56-year-old Mark Kasprowicz, adding that he served in the Air Force in the 1980s. "Fear and adrenaline kicked in together. I'm lucky to be alive."

Kasprowicz said the encounter was probably the scariest situation he'd ever been in, including the Air Force.

"At first, I thought it was a joke," Kasprowicz said.

But it was no joke. 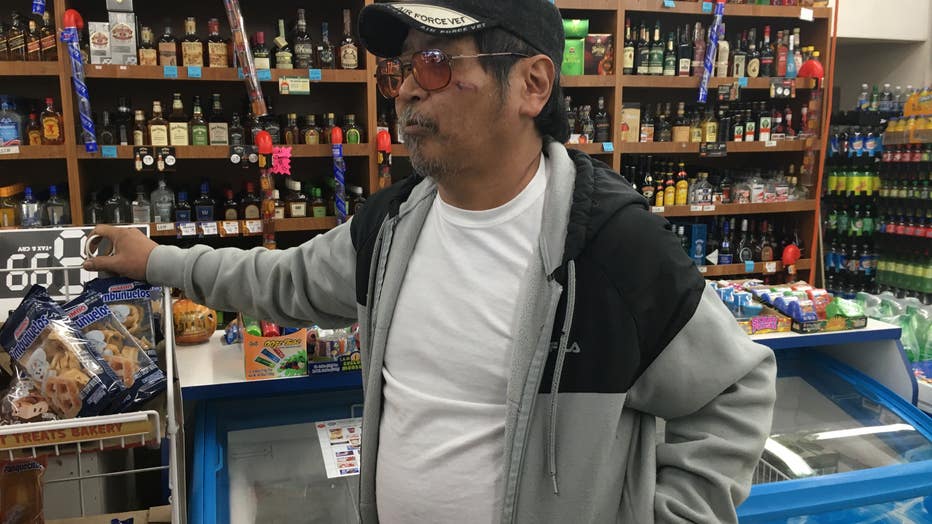 Mark Kasprowicz is a clerk at Kam's Market who got pistol whipped. Dec. 22, 2019

Then, the video shows suspect approaching the front register with a gun in his right hand.

In an interview after getting staples at the hospital, Kasprowicz said his training in the military and being a private security guard helped him stay calm, and fire off one shot from a gun kept near the register.

"Money was the least of my conerns," Kasprowicz said. But he did say he was concerned for his life and the safety of his co-worker.

The suspect beat Kasprowicz with his gun, the video shows. And the two struggle.

The suspect then rifled through the cash register with one hand, grabbing money while striking Kasprowicz again with his other hand, the video shows.

Kasprowicz's head begins to bleed. He held his head while crouching in the corner of the store while the suspect continues to grab more cash and flee. "I got hit three times," he said in an interview.

The video shows Kasprowicz get up, and grab his own gun. The video does not show this clearly, but the suspect's gun had gone off first, Sandhu said, pointing to bullet holes in the ceiling and a sunglass case.

Mark Kasprowicz said the encounter was probably the scariest situation he'd ever been in, including the Air Force. Elissa Harrington reports

It was at that point that Kasprowicz fired off his weapon, and apparently, the bullet struck the suspect, who ran outside and collapsed about a half block away, Sandhu said. He later died.

"I fired one shot," Kasprowicz said.

The video shows Kasprowicz holding his bleeding head in his hands and leaning over the counter in pain.

Sandhu said during the ordeal in the front of the store, the second suspect was holding a Kam's Market manager at gunpoint in the back of the store. That manager was able to escape and is seen on the surveillance video, approaching the counter and running outside.

The video stops there.

Authorities are looking for the second suspect.

As for Kasprowicz, he'd like to come back to work as soon as he can.

"It's hard staying home doing nothing," he said.

A clerk fatally shot one of two armed robbery suspects who had entered his Bay Point convenience store, pistol-whipped him and stole money from the register, the owner of the market said Monday. Elissa Harrington reports 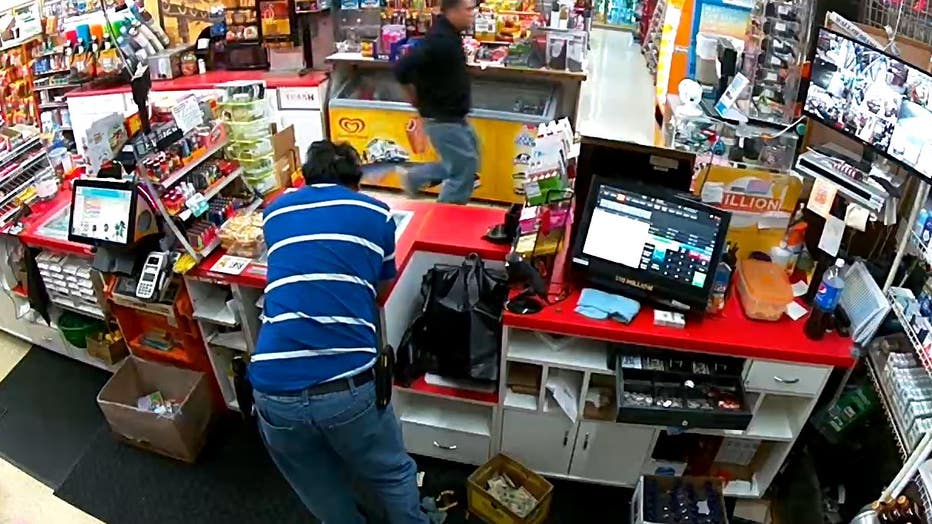 As one clerk stands behind the register with his head bleeding, another man inside Kam's Market runs after the suspect. Dec. 22, 2019 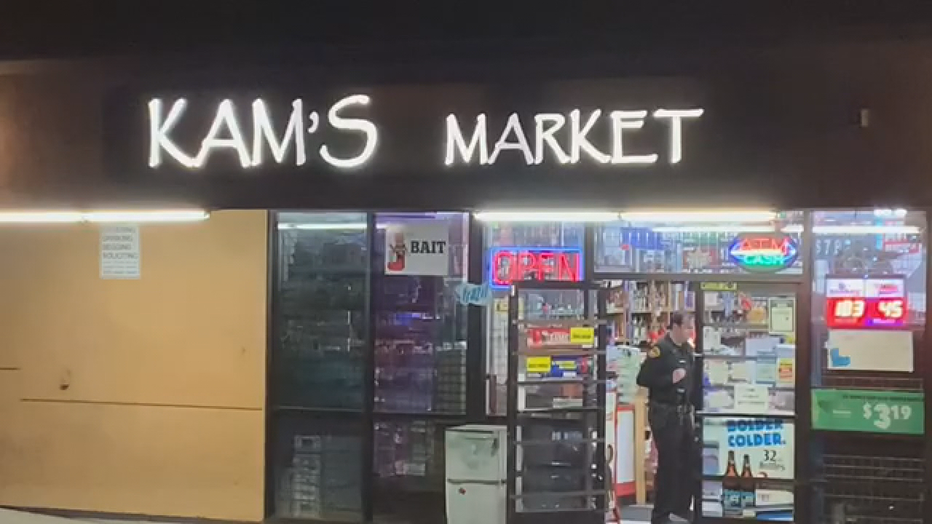 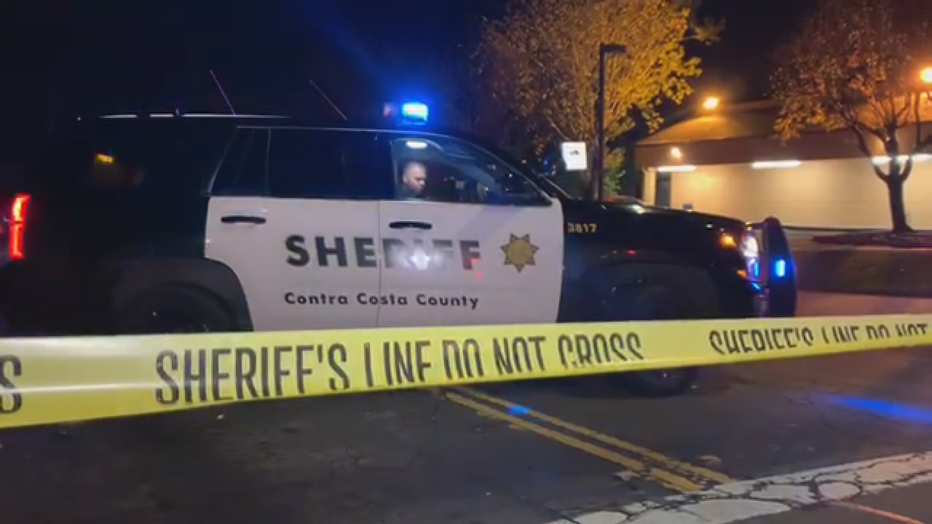 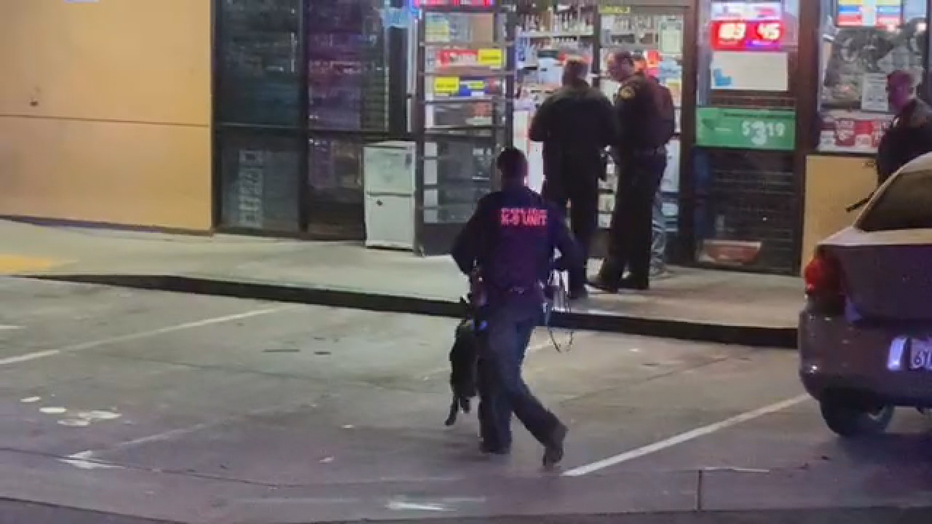