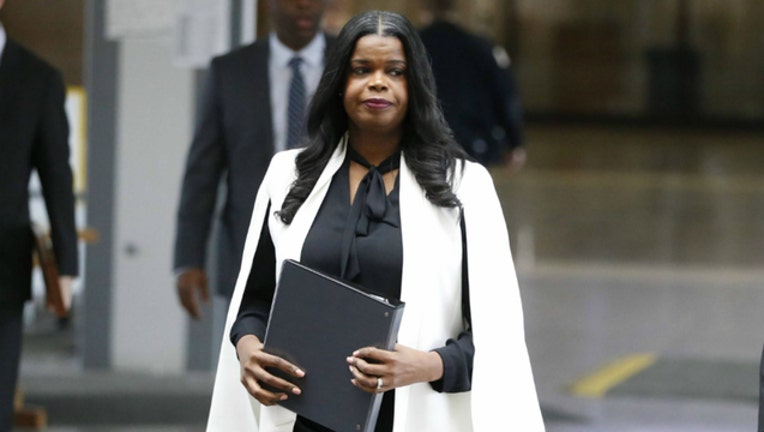 Read the full statement below:

"The Illinois Prosecutors Bar Association serves as the voice for nearly 1,000 front line prosecutors across the State who work tirelessly towards the pursuit of justice.  The events of the past few days regarding the Cook County State’s Attorney’s handling of the Jussie Smollett case is not condoned by the IPBA, nor is it representative of the honest ethical work prosecutors provide to the citizens of the State of Illinois on a daily basis.

The manner in which this case was dismissed was abnormal and unfamiliar to those who practice law in criminal courthouses across the State.  Prosecutors, defense attorneys, and judges alike do not recognize the arrangement Mr. Smollett received.  Even more problematic, the State’s Attorney and her representatives have fundamentally misled the public on the law and circumstances surrounding the dismissal.

The public has the right to know the truth, and we set out to do that here.

Here, the State’s Attorney kept the case within her office and thus never actually recused herself as a matter of law.

Additionally, the Cook County State’s Attorney’s office falsely informed the public that the uncontested sealing of the criminal court case was “mandatory” under Illinois law. This statement is not accurate. To the extent the case was even eligible for an immediate seal, that action was discretionary, not mandatory, and only upon the proper filing of a petition to seal.  See 20 ILCS 2630/5.2(g)(2).  For seals not subject to Section 5.2(g)(2), the process employed in this case by the State’s Attorney effectively denied law enforcement agencies of legally required Notice (See 20 ILCS 2630/5.2(d)(4)) and the legal opportunity to object to the sealing of the file (See 20 ILCS 2630/5.2(d)(5)).  The State’s Attorney not only declined to fight the sealing of this case in court, but then provided false information to the public regarding it.

The appearance of impropriety here is compounded by the fact that this case was not on the regularly scheduled court call, the public had no reasonable notice or opportunity to view these proceedings, and the dismissal was done abruptly at what has been called an “emergency” hearing.  To date, the nature of the purported emergency has not been publicly disclosed.  The sealing of a court case immediately following a hearing where there was no reasonable notice or opportunity for the public to attend is a matter of grave public concern and undermines the very foundation of our public court system.

Lastly, the State’s Attorney has claimed this arrangement is “available to all defendants” and “not a new or unusual practice.”  There has even been an implication it was done in accordance with a statutory diversion program.  These statements are plainly misleading and inaccurate.  This action was highly unusual, not a statutory diversion program, and not in accordance with well accepted practices of State’s Attorney initiated diversionary programs.  The IPBA supports diversion programs, and recognizes the many benefits they provide to the community, the defendant and to the prosecuting agency.  Central to any diversion program, however, is that the defendant must accept responsibility. To be clear here, this simply was not a deferred prosecution.

Prosecutors must be held to the highest standard of legal ethics in the pursuit of justice.  The actions of the Cook County State’s Attorney have fallen woefully short of this expectation.  Through the repeated misleading and deceptive statements to the public on Illinois law and circumstances surrounding the Smollett dismissal, the State’s Attorney has failed in her most fundamental ethical obligations to the public.  The IPBA condemns these actions.

This irregular arrangement was an affront to prosecutors across the State, the Chicago Police Department, victims of hate crimes, and the people of the City of Chicago and Cook County.  We strongly encourage our members and the public to review the National District Attorneys Associations statement on prosecutorial best practices in high profile cases."

On Tuesday, prosecutors dropped the criminal case against Smollett that had loomed over him for weeks. He expressed gratitude to fans and maintained his version of events.

"I am a man of faith, and I am a man that has knowledge of my history. And I would not bring my family, our lives or the movement through a fire like this. I just wouldn't," he told reporters after an emergency court hearing that cleared his record.

The decision to drop charges has sparked a backlash that prompted the actor's attorney to issue a blistering statement Wednesday accusing Chicago officials and police of trying to "smear" Smollett even after the case is closed.

"We are disappointed the local authorities have continued their campaign against Jussie Smollett after the charges against him have been dropped," said attorney Patricia Brown Holmes, "We should all allow Mr. Smollett to move on with his life as a free citizen."

Smollett, who is black and gay, reported to Chicago police that he was attacked around 2 a.m. on Jan. 29 on his way home from a sandwich shop. He said his attackers threw some kind of chemical on him, looped a rope around his neck and beat him up while hurling slurs and yelling "This is MAGA country," a reference to President Donald Trump's campaign slogan, "Make America Great Again."

Within days, a new narrative emerged. Investigators claimed Smollett made a false report to police because he was unhappy with his pay on the Fox television show and believed the attention would promote his career.

Since the charges were dropped, many of those same voices have been reserved, reluctant to chime in or exhausted by the whiplash developments. Their silence stood in contrast to both outgoing Chicago Mayor Rahm Emanuel and Police Superintendent Eddie Johnson, who blasted Smollett as an opportunist who conjured a hate crime to enrich himself at the expense of the city and actual victims.

"This casts a shadow of whether they're telling the truth, and he did this all in the name of self-promotion," Emanuel told reporters at a news conference. "And he used the laws of the hate crime legislation that all of us collectively over years have put on the books to stand up to be the values that embody what we believe in. This is a whitewash of justice."