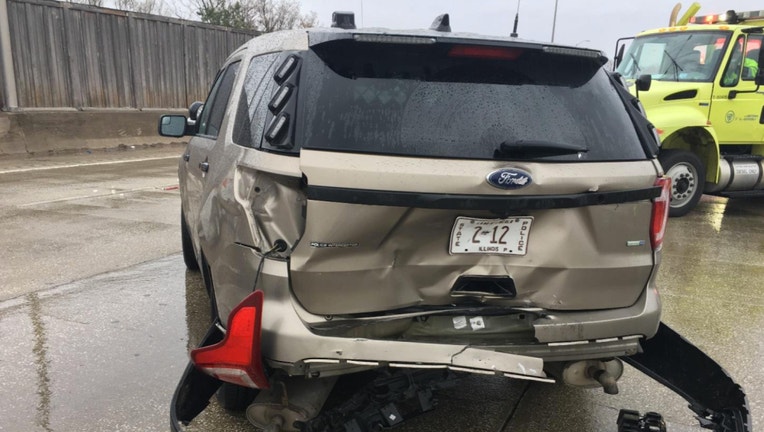 ELMHURST, Ill. - An Illinois State Police trooper was injured in a crash while blocking traffic for a stalled truck Saturday on I-290 in west suburban Elmhurst.

The trooper was in a squad car about 4:40 a.m. blocking the two left westbound lanes of the expressway near York Street when a gray Nissan rear-ended the squad car, according to a statement from state police.

The impact caused the squad car to spin into the middle lane of traffic, state police said. The trooper was taken to a hospital, treated for non-life threatening injuries and released.

At the time of the crash, the squad car was located behind a stalled semi and an assisting IDOT truck, with flares in the road to provide better visibility, state police said.

The 50-year-old Broadview man driving the Nissan was cited for violating Scott’s Law and driving too fast for conditions, according to state police. The drivers of the Nissan, the stalled semi and the IDOT truck were not injured.