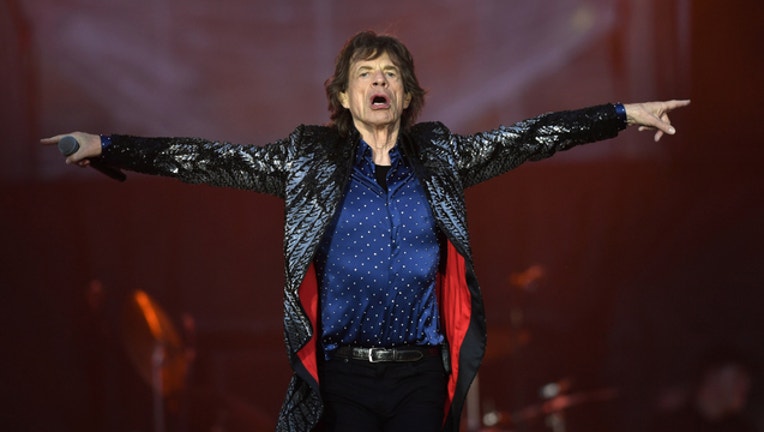 CHICAGO (AP) - Mick Jagger appeared healthy and energetic as he ran and skipped along a narrow stage that jutted out into the crowd at Chicago's Soldier Field.

The band opened with "Street Fighting Man" followed by "Let's Spend the Night Together."

Jagger said, "It's great to be back at Soldier Field - for the eighth time." The Stones then launched into their third song, "Tumbling Dice."

Doctors told Jagger in late March he couldn't tour at the time, which delayed the No Filter Tour.

A second show at Soldier Field is scheduled for Tuesday.