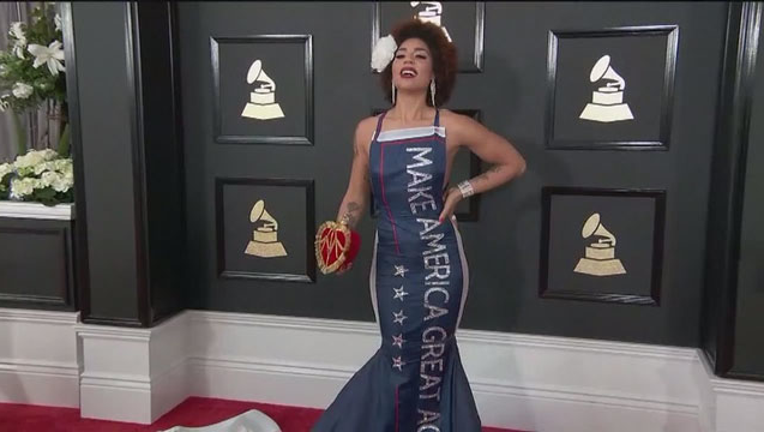 (FOX NEWS) - Joy Villa's music sales skyrocketed after the singer wore a pro-Trump dress at Sunday night's 59th annual Grammy Awards. When she arrived at the Grammy's, Villa flung off a white frock to reveal a gown of patriotic red, white and blue that urged "Make America Great Again" and had "Trump" in sparkly letters on the back hem.

The 25-year-old's EP "I Make the Static" jumped to the top of Amazon's top digital paid albums and reached number seven on the iTunes top album chart after her red carpet appearance.

"I am 100 percent a Trump supporter. I believe in his message, I believe he will run this country like he runs his life, successfully," Villa told Fox News. "I stand as a proud American and I stand for a unified America that is tolerant of each other no matter who we voted for. I stand behind our President because that's the American thing to do. I believe in love, above all."

The singer also explained her controversial look on Instagram.