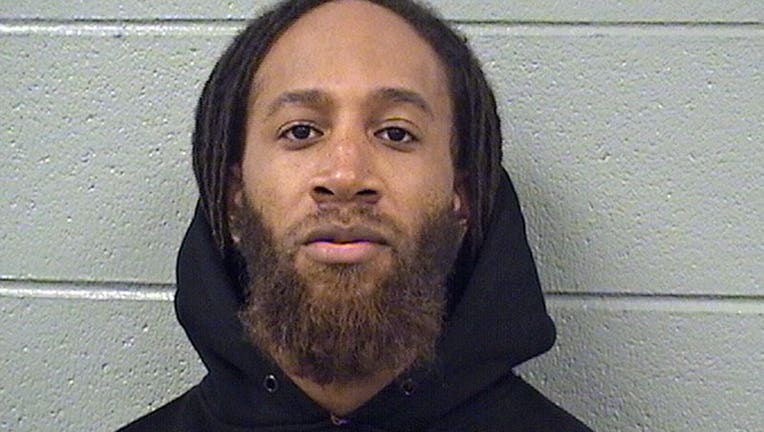 EVANSTON, Ill., - A federal judge has ordered a former security guard at a suburban Chicago high school to pay $3 million in damages to the family of a former student who said in a lawsuit that he sexually abused her dozens of times.

A default judgment is issued when a defendant fails to appear in court or enter a plea. According to court documents, Haywood, 35, “failed to appear and answer or otherwise plead.”

The girl’s family filed a lawsuit in August 2019 alleging Haywood “groomed” the Evanston Township High School student in 2018 and 2019 when she was 17 and engaged in “unwanted and unauthorized sexual and other contact” with the teen more than 40 times, including several times at the school.

The family’s civil case against the high school and the city of Evanston is ongoing. The suit also alleges that the school failed to adequately protect girls from purported predators and didn’t fully inform parents of the allegations against Haywood after firing him in January 2019.

Haywood has not been criminally charged in the assaults described in the lawsuit, but he was charged in February 2019 with sexually assaulting a different student in November 2018 who is not involved in the civil suit.

Haywood has pleaded not guilty in that case and is currently on home electronic monitoring, according to court records.

At attorney representing Haywood in the criminal case declined to comment on the civil suit.

Andrew M. Stroth, the attorney representing the teen and her family, declined to comment on the probability of being able to collect $3 million from Haywood, but said he considers the judgment a positive development for the case against the district and city.

Molly Thompson, an attorney for Evanston Township High School District 202, emphasized that the default judgement was issued solely against Haywood and not the other defendants in the lawsuit.

“The Board of Education of Evanston Township High School District 202 and the other defendants, besides Haywood, filed motions to dismiss plaintiffs’ First Amended complaint, which are currently pending,” Thompson said in a statement.

A spokesman for the city of Evanston, Patrick Deignan, said the city does not comment on pending litigation.