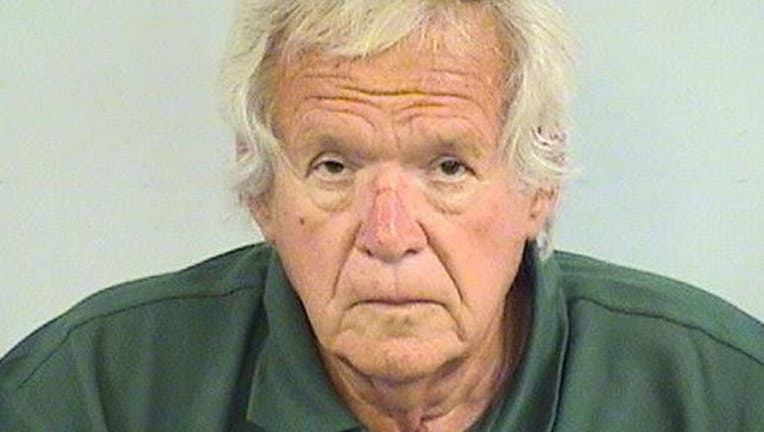 No pornography. No “sex-related telephone numbers.” And no contact with anyone under 18 without a “responsible adult” present, the Chicago Sun-Times is reporting.

It’s not clear exactly what prompted U.S. District Judge Thomas Durkin to hand down those conditions late Tuesday. But it followed the quiet filing Monday of a probation report asking for the order. Most of that report is sealed, and Hastert’s attorney did not respond to requests for comment.

Given that the conditions have been handed down well after Hastert served his prison time, former federal prosecutor Jeffrey Cramer said it’s likely “a reaction” to something — but the public may never know what.

Hastert left the Rochester Federal Medical Center in southeast Minnesota last July after serving roughly 85 percent of a 15-month sentence for illegally structuring bank transactions while trying to cover up his past sexual abuse of teenage boys.

The former speaker began two years of supervised release in August, during which he had been ordered to participate in a sex-offender treatment program.

Now the judge has also barred Hastert from possessing pornography. He is not allowed to “patronize any place where such material or entertainment is available.” And he is not allowed to “use any sex-related telephone numbers.” Further, he is only allowed contact with people under the age of 18 in the presence of a “responsible adult who is aware of the nature” of Hastert’s background and crime.

Hastert must give copies of his phone bills, credit card statements and other requested financial information to his probation officer. The judge also said Hastert shall not possess a computer, camera or any device with access to any “online computer service” at any location without the approval of his probation officer. He must also allow, and pay for, the installation of monitoring software on any computer to which he has access.

Though Hastert has admitted to past sexual abuse of teenage boys, authorities could not pursue those crimes because the statute of limitations has run out. Instead, the feds hit him in May 2015 with a seven-page indictment that accused him of illegally structuring bank withdrawals and lying to the FBI.

Hastert pleaded guilty to the structuring in October 2015. During his sentencing hearing in April 2016, he admitted to the judge that he sexually abused children in the 1970s while he was a wrestling coach at Yorkville High School.