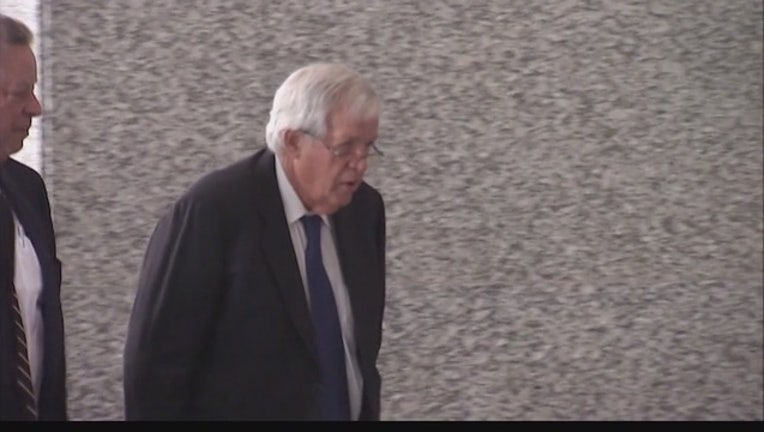 U.S. District Judge Thomas M. Durkin made that announcement in an order entered Wednesday, a day after prosecutors joined Hastert’s lawyers for an unannounced private discussion in Durkin’s chambers. The transcript of that meeting has been sealed because it dealt with confidential probation office records, according to the judge.

However, the meeting revolved around Hastert’s medical condition, the judge said in his order. Durkin said the medical expert will also review submissions by Hastert to the probation office. Hastert is due to be sentenced April 8.

Hastert’s lawyer told the judge in January that lab results revealed Hastert had a significant infection on Nov. 3 — less than a week after Hastert pleaded guilty to a financial crime. John Gallo said the man once second in line to the presidency also fell at home that day and “could not get up.” Hastert wound up in the hospital for a spine surgery, treatment for a severe blood infection and stroke.

Gallo said Hastert “nearly died” and at one point lost function in the lower half of his body. He was released from the hospital Jan. 15. Gallo said Hastert could feed himself but needed help for all other basic functions of daily living. Without the 24-hour care Hastert received, he said Hastert would have been in a nursing home.

Hastert’s case revolves around a mysterious “Individual A,” whose identity has yet to be revealed — and who collected $1.7 million from the once-powerful Republican in exchange for silence regarding Hastert’s past misconduct. Hastert had ultimately agreed to pay $3.5 million to “Individual A.” He did so to cover up sexual misconduct with a male student dating to his time as a teacher in Yorkville, sources have told the Chicago Sun-Times.

Hastert admitted in October he illegally structured $952,000 in bank withdrawals to avoid raising red flags, and his plea agreement acknowledges he lied to the FBI when agents asked him about it.

Federal prosecutors have since acknowledged additional victims in open court, but it’s not clear who they might be, how many there are or how they were victimized.