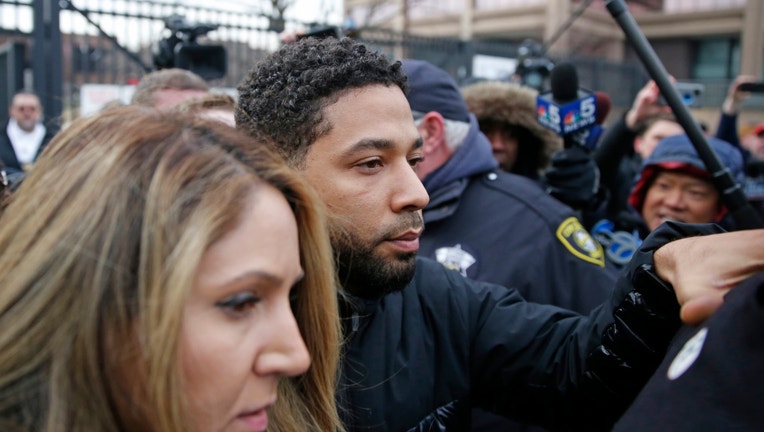 Former “Empire” actor Jussie Smollett has all but vanished from public view in the year since Chicago detectives accused him of paying two brothers to stage a racist and anti-gay attack on him because he was unhappy with his salary and wanted to promote his career.

But Smollett was thrust back into the spotlight on Tuesday after a grand jury indicted him for a second time on charges of lying to the police, in a case that drew worldwide attention.

David E. Johnson, the CEO and founder of Strategic Vision PR Group, an Atlanta-area public relations firm that has no ties to the case, said the new charges couldn't be worse news for Smollett if he had any hopes of reviving his career.

“It brings everything back,” said Johnson. “Nobody was really talking about it. ... Now, unless he's acquitted and totally vindicated, this is the end of his career.”

“Even people who were giving him the benefit of the doubt for so long” would not be able to defend him, Johnson said.

But Eric Rose, a partner in the public relations firm Englander Knabe & Allen, said that how the actor responds to the latest charges could determine whether he can recover.

“The public is extremely forgiving and allows people to make mistakes, but you have to own up to your mistakes and apologize in sincere fashion, and he has done none of that," said Rose, who specializes in reputation management and crisis communications. He said he doesn't believe Smollett's claims of innocence.

Smollett, who is black and gay, originally was charged with disorderly conduct in February 2019 for allegedly staging the attack and then lying about it to investigators.

His story - he said two men beat him up, shouted racist and anti-gay slurs, threw bleach on him and put a noose around his neck - fell apart when brothers Abimbola and Olabinjo Osundairo, who were bodybuilders and aspiring actors whom Smollett knew from the “Empire” set and the gym, told police the actor had paid them $3,500 to stage the attack.

Even so, the charges were abruptly dropped last March with little explanation, angering police officials and then-Mayor Rahm Emanuel, and leading to the appointment of a special prosecutor to review the decision.

Smollett, who has maintained his innocence, has spent the past year in legal fights with the city of Chicago, which sued him in an attempt to recover more than $130,000 in overtime that was paid to officers involved in investigating Smollett's report. Smollett’s attorneys have said the city should not be allowed to recover costs from Smollett because it accepted $10,000 from the actor “as payment in full in connection with the dismissal of the charges against him.”

He sued the city last fall for malicious prosecution, and the case is still pending.

Smollett faced a fierce online backlash after he was charged last year, but he also probably has been avoiding social media on the advice of his attorneys, “because every word he says will be analyzed and could be used against him,” said Rose.

In response to the new charges, Smollett's attorneys said in a statement that Webb “has not found any evidence of wrongdoing whatsoever” with the dismissal of the original charges and that they believe the new ones are politically motivated.

Smollett is scheduled to appear in court for arraignment on Feb. 24.

The former child star grew up to become a champion of LGBT rights and one of the few actors to play a black gay character on primetime TV.

On “Empire," he played Jamal Lyon, a talented R&B singer struggling to earn his father's approval and find his place in his dad's music empire, and the role was his breakthrough. It became one of the biggest network shows to star a gay black character, and his work earned Emmy and Grammy nominations.

Smollett, who is also a musician and who released an R&B album, was interested in social justice causes. He joined The Human Rights Campaign's Equality Rocks campaign, and his music videos explored issues such as LGBT rights and religious and racial prejudices.

A month before he reported the alleged attack, he traveled to Flint, Michigan, to deliver coats and school supplies to kids.