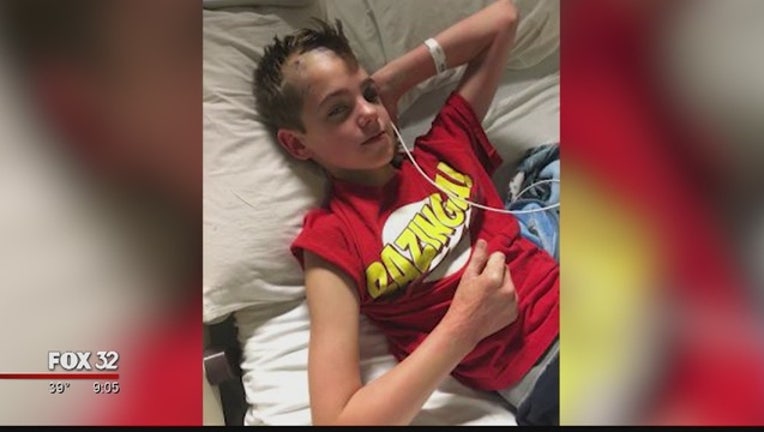 The boy who allegedly attacked Henry Sembdner on Feb. 3 was accompanied by his parents when he made his first appearance Tuesday before a Kane County juvenile court judge. In explaining the charges, Judge Clint Hull said the boy could face a punishment from court supervision to 5 years in juvenile detention if convicted.

Authorities say the 14-year-old boy allegedly body slammed Sembdner on Feb. 3, after Henry bumped into him between classes at Kenyon Woods Middle School in South Elgin. Sembdner was placed in a medically-induced coma with head and facial fractures before returning home Feb. 7.