After nearly 30 years in prison, a Kankakee woman is hoping for a chance at freedom.

Nancy Rish is serving a life sentence for her part in the 1987 kidnapping and murder of a wealthy Kankakee businessman.

FOX 32's Dane Placko reports Rish went to court Friday with what her attorneys say is new evidence that she had nothing to do with the crime.

Rish, 53, didn't speak as she walked out of the Kankakee County Courthouse in handcuffs shortly after her attorneys argued during an hour-long hearing that Rish deserves a new trial.

"There is no physical evidence whatsoever linking Nancy Rish to this crime," her attorney said.

In 1987, Rish and her then-boyfriend, smalltime drug dealer Danny Edwards, were charged and later convicted of the kidnapping and murder of wealthy Kankakee businessman Stephen Small.

Edwards had lured small out of his home, forced him at gunpoint into an underground wooden box equipped with a breathing tube, and then used a payphone to make several phone calls demanding a one million dollar ransom.

Within days Edwards was arrested, and led police to the wooden box, where they found small dead inside from asphyxiation.

Edwards got the death penalty, and Rish got life in prison as an accomplice in the crime.

But after former Governor George Ryan banned executions in Illinois, Edwards began talking and now says his former girlfriend had no knowledge of the kidnapping plot and did not participate in the crime.

Her attorney argued Friday that Rish's jury would never have convicted her with Edward's new statements.

"We would have the actual perpetrator coming to court saying he never told Nancy about the kidnapping, he never told her about the ransom and in fact he concealed the plot," her attorney said.

But Kankakee prosecutors argued against a new trial, saying the new evidence does not meet the legal standard needed to reopen the case.

"The case law is clear that there are standards that apply to post conviction matters in particular that are unique to the post-conviction process," said Assistant State’s Attorney Erin O’Connell.

Judge Gordon Lustfeldt said he would issue a written opinion in a month whether the appeal for a new trial can move forward.

Among those attending the hearing were Ben Rish, who was just 8 years old when his mother was arrested.

"Hopefully the Lord touches him and lets him see the true evidence that she didn't have anything to do with this crime. It’s time for her to come home. She’s got three grandchildren and it's been way too long," Ben said.

Rish's attorneys had hoped to take a videotaped deposition of Edwards later this month, arguing that they need to move quickly because he's in very poor health.

But the judge said he would need evidence from a doctor before allowing that deposition. 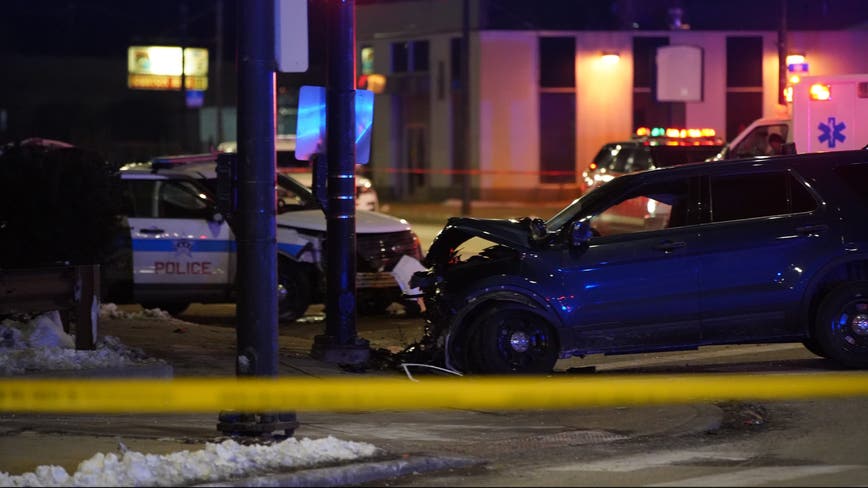