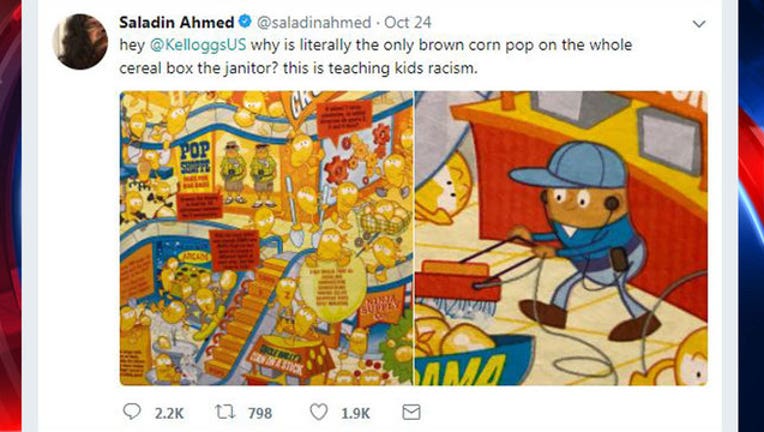 BATTLE CREEK, Mich. (AP) - Kellogg is redoing its Corn Pops cereal boxes after a complaint that the art on the back is racially insensitive.

The box shows cartoon Corn Pops hanging out in a retail mall. Author Saladin Ahmed complained on Twitter that the cereal box is "teaching kids racism" because the only brown Corn Pop depicted is working as a janitor scrubbing the floor.

Within hours of Ahmed's tweet Tuesday, the Battle Creek, Michigan-based maker of cereals and Pop Tarts said the artwork had been updated and will reach stores soon.

Kellogg apologized and said it's committed to diversity and didn't intend to offend anyone.