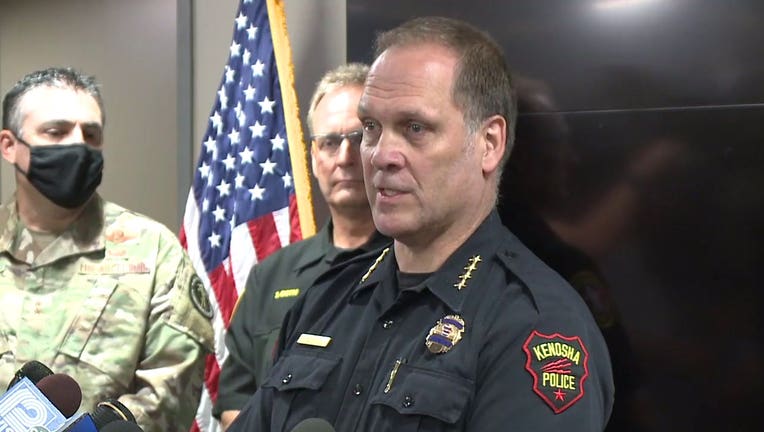 KENOSHA, Wisconsin - Kenosha Police Chief Daniel Miskinis is retiring after a year in which one of his officers shot and wounded a Black man, Jacob Blake, leading to protests, riots, fires and looting.

Blake was shot by Kenosha Police Officer Rusten Sheskey. Video of the shooting went viral and led to weeks of protests in Kenosha. Two people were shot and killed by Kyle Rittenhouse at one of the protests. Property damage from the fires and looting is estimated to be in the millions of dollars.

Prosecutors eventually decided that Sheskey was acting within the law and following department policy, and he has returned to duty. Blake was paralyzed by the shooting and is suing the Kenosha Police Department.

In a statement released by Kenosha Police, Miskinis did not directly mention the Blake shooting or its aftermath. He does mention updating the department's use of force policy, saying "the policy meets or exceeds national criteria and the policy easily passed scrutiny."

He also writes that he "reviewed and broadened an outdated Racial Profiling policy."

Miskinis has worked in law enforcement for almost 37 years.