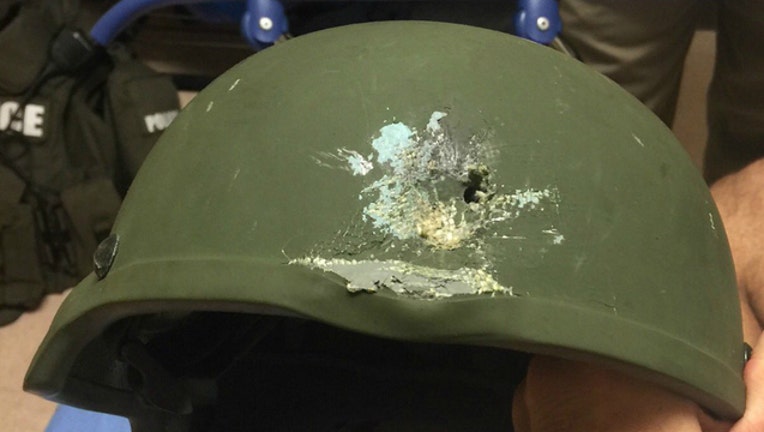 FOX NEWS - Orlando's Police Department posted a picture of the Kevlar helmet that saved an officer's life during the response to the deadly mass shooting at a gay nightclub.

During the hail of gunfire, which resulted in Mateen's death, one officer was struck in the helmet by the bullet.

The impact injured the officer's eye, but the department says the injury doesn't look serious.