Nearly 40 years after coaching her basketball team, a suburban coach and a former player have a new "forever" bond. And with Thursday, March 12 being World Kidney Day, the pair is sharing their inspiring story.

CHICAGO - Nearly 40 years after coaching her basketball team, a suburban coach and a former player have a new "forever" bond. And with Thursday, March 12 being World Kidney Day, the pair is sharing their inspiring story.

"We had to keep their mind on basketball and not on boys," said 77-year-old John Mulhern, reflecting on the year 1984 when he coached his daughter, Jenny, and Jenny's best friend, Stacy Brown Michalski.

"Stacy was a good basketball player, but she's a better person," Mulhern said while fighting back tears, and there's a reason he gets choked up thinking about the two girls staying friends all these years.

"Jenny had just thrown it out there, 'hey if anybody's A-positive, Dad needs a kidney' and I was like 'OK, no problem!'" said Michalski. 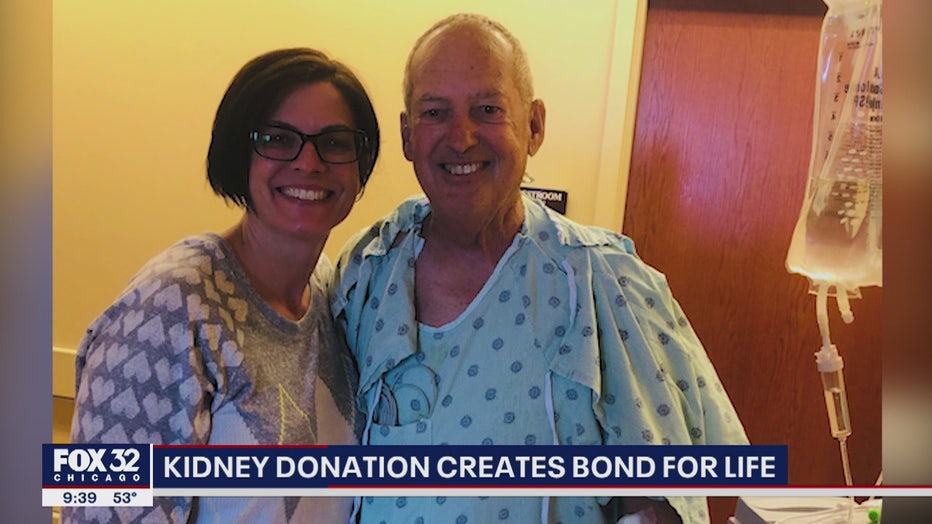 After no one in Mulhern's immediate family matched up as a kidney donor, Michalski volunteered to donate one of hers. This past year, John's own kidneys had hardened to the point where they lost their filtration ability. He desperately needed a transplant.

"The only way to get a kidney transplant without waiting 6 or 7 years now for the most common blood group is to find a living donor," said Dr. Joseph Levanthal, who performed the transplant in October at Northwestern Hospital.

"It was an unbelievable feeling at that point," said Mulhern after the successful operation.

After feeling fatigued for a few weeks following the transplant, Michalski said she has no regrets. "Once you know somebody, and especially if you know what they'd have to go through to be on dialysis, and once you know [Coach Mulhern], you would never want him to be on dialysis. It was really very simple."