Amid the soaring number of shootings and murders in Cook County over the past two years, State’s Attorney Kim Foxx said her prosecutors won’t "cut corners" because of pressure to tamp down crime.

CHICAGO - Amid the soaring number of shootings and murders in Cook County over the past two years, State’s Attorney Kim Foxx said her prosecutors won’t "cut corners" because of pressure to tamp down crime.

In a question-and-answer session Wednesday with The Chicago Sun-Times Editorial Board, Foxx said her office had indeed raised the bar to approving charges, noting that many of the wrongful convictions unwound by courts or her office’s Conviction Integrity Unit were the work of prosecutors and police under pressure to "do something" about crime.

"There was a cry to do something related to the violence, and there were times where corners were cut to satiate the fears that were happening in our community."

Illinois leads the nation in the number of wrongful convictions overturned since 1989, with 467, mostly from Cook County, according to the National Registry of Exonerations maintained by the University of Michigan. 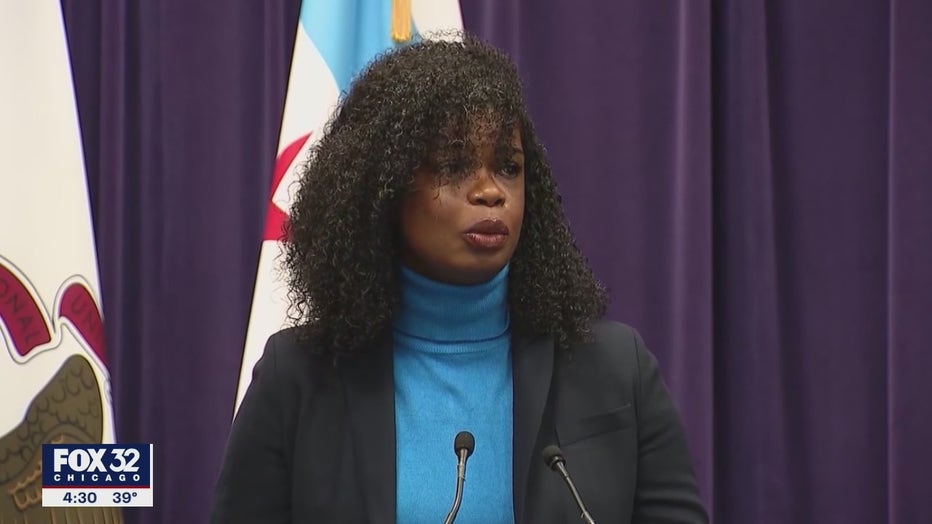 A recent Sun-Times report found that prosecutors declined charges in more than 100 murder cases in 2021, more than in any year since Foxx took office. Foxx pointed out police brought more cases forward for review in 2021 than in any previous year, many of them more than a decade old, but the rate at which cases were declined has remained the same throughout her tenure.

In September, a police commander moved to charge a suspect in the killing of 7-year-old Serenity Broughton without prosecutors’ approval out of frustration. Wednesday, Foxx pointed out that the suspect was charged two weeks later, after police collected more evidence.

"Sometimes [approving charges] takes longer than had been done before," Foxx said. "But again, I am guided by a history in this county, which we have approved cases … in which the evidence did not support the crime."

Case law shifts have also raised the bar for cases, including a 2017 appellate ruling that beefed up requirements to use DNA evidence as probable cause for charges. State appeals courts have also been more likely to reverse convictions in "single-finger" cases, where defendants were found guilty based on being identified by a lone eyewitness.

Foxx pointed to the legacy of corrupt CPD sergeant Ronald Watts, who was convicted in 2011 for shaking down an FBI informant for cash, and who has been implicated in framing more than 100 residents of the Wells housing project on drug and other charges. The Conviction Integrity Unit has reviewed more than 100 cases involving Watts and members of his detail, and so far have vacated 33 convictions. Foxx said scrutiny is being applied to each case before wiping the case out, frustrating — at least for now — advocates for Watts’ purported victims.

Foxx said she expected her staff soon will reach a decision on the nearly 40 disputed Watts cases that still are pending, and said that the "finger-pointing" between her office and the mayor’s has largely fallen off as the players have considered data compiled by her office.

"I would like to say that a Watts case could never happen again," Foxx said. "But that’s one of the things we’re learning, taking things back to best practices."