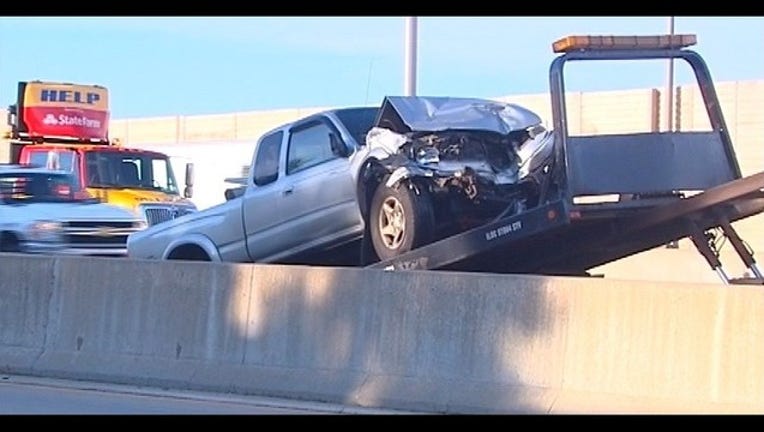 Several vehicles were involved in an injury crash Friday afternoon on the Tri-State Tollway near Golf Road. | Network Video Productions

Three southbound lanes of the Tri-State Tollway are closed Friday afternoon near northwest suburban Des Plaines because of a traffic crash.

The crash happened about 5:40 p.m. on the tollway (I-294) southbound at Golf Road, State Police said.

Multiple vehicles are involved and at least one person is hurt, police said. Three out of four lanes remain closed as of Friday afternoon as authorities investigate.