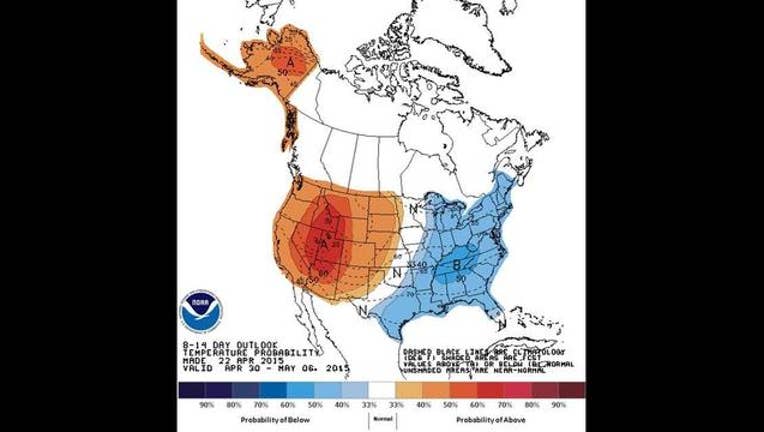 You might think that a late April freeze is uncommon, but think again.

The average date for Chicago's last freeze ranges from April 13th at Midway to April 23rd at Chicago's O'Hare, to even as late as April 30th in Waukegan.

Climatologically, there is a 50 percent chance that no additional freezing temperatures will occur after these dates for the season.

The potential for freezing temperatures drops below 20 to 25 percent over the area after the first week of May.

However, the forecast calls for below freezing temperatures again Friday morning area wide, and more unseasonably cool air is in the forecast to close out April and could last into the first couple of days into May.