A 13-year-old boy was killed and six people were injured in a lightning strike at Orchard Beach in the Bronx.

NEW YORK - A 13-year-old boy who was struck by lightning at Orchard Beach has died, according to the NYPD. Six other people who were also struck remained hospitalized.

The NYPD identified him as Carlos Ramos of 168th St. in the Bronx.

The victims were rushed to Jacobi Medical Center after EMS responded to the beach in Pelham Bay Park at about 5:20 p.m. Thursday, the FDNY said.

Police confirmed Friday that at least seven people had been struck. Prior reports had indicated six were injured.

Interactive radar imagery shows a storm cell right over the Bronx at that time.   The parks department says the storm came up quickly.

Lifeguards had cleared all swimmers from the water and the staff made announcements over the public address system instructing people to clear the beach.

The victims who were sitting together did not get away from the storm in time.

The parks department issued a statement saying: "Our hearts go out to the victims of this tragic incident.

New York City is dealing with dangerously hot weather amid another heatwave. Thunderstorms can suddenly pop up during hot and humid weather. 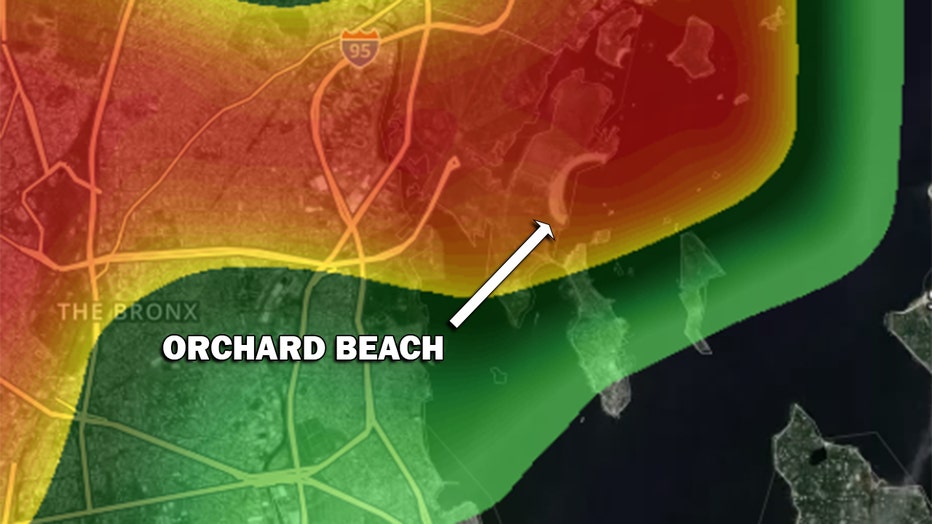