President Donald Trump wrapped up his term at the White House with a farewell video on his final day in office Tuesday.

Lil Wayne, whose real name is Dwayne Carter, pleaded guilty in 2020 in federal district court to illegally possessing a loaded, gold-plated .45-caliber handgun while traveling to Florida on a private jet in 2019. The contents of Carter’s bag also included small amounts of cocaine, ecstasy and oxycodone, according to the U.S. attorney.

Bannon, a former adviser to Trump and an architect of his 2016 campaign, was arrested on fraud charges over the summer. Bannon pleaded not guilty in federal court in Manhattan after being indicted with three others who were accused of defrauding donors to the online fundraising campaign known as "We Build the Wall" that raised $25 million.

Bannon was released on a $5 million bond. 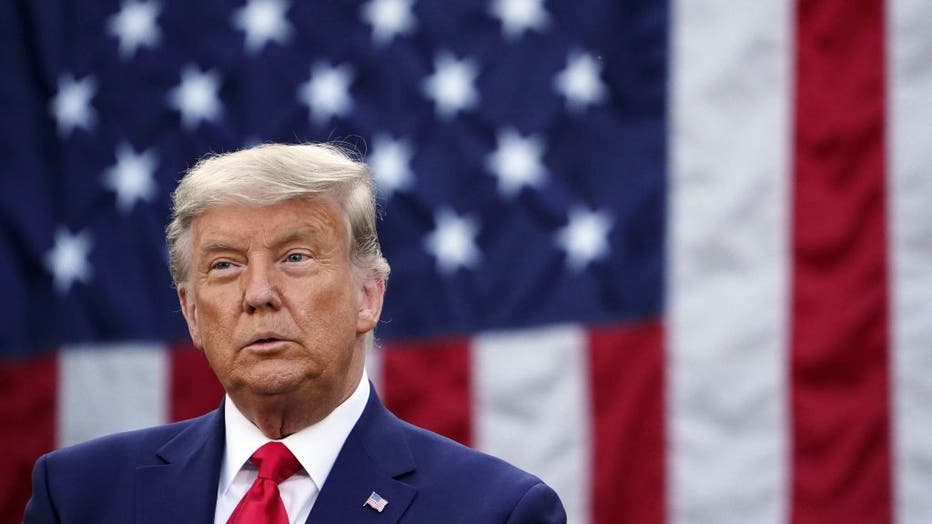 US President Donald Trump looks on after delivering an update on "Operation Warp Speed" in the Rose Garden of the White House in Washington, DC on November 13, 2020.

The last-minute clemency, announced Wednesday morning, follows separate waves of pardons over the last month for Trump associates convicted in the FBI’s Russia investigation as well as for the father of his son-in-law. Taken together, the actions underscore the president’s willingness, all the way through his four years in the White House, to flex his constitutional powers in ways that defy convention and explicitly aid his friends and supporters.

Whereas pardon recipients are conventionally thought of as defendants who have faced justice, often by having served at least some prison time, the pardon for Bannon nullifies a prosecution that was still in its early stages and likely months away from trial in Manhattan, effectively eliminating any prospect for punishment.

Though other presidents have issued controversial pardons at the ends of their administration, perhaps no commander in chief has so enjoyed using the clemency authority to benefit not only friends and acquaintances but also celebrity defendants and those championed by allies.

Besides Bannon, other Trump family allies to get pardons were Elliott Broidy, a Republican fundraiser who pleaded guilty last fall in a scheme to lobby the White House to drop an investigation into the looting of a Malaysian wealth fund, and Ken Kurson, a friend of Trump son-in-law Jared Kushner who was charged last October with cyberstalking during a heated divorce.

Trump has now pardoned more than 100 people since he lost re-election. Pardons are common in the final stretch of presidency, with recipients largely dependent on the individual whims of the nation's chief executive.

Trump’s approach to pardons has been heavily influenced by personal appeals from allies, shucking aside the conventions of the Obama administration when pardons were largely reserved for drug offenders not known to the general public. Trump instead bestowed clemency on high-profile contacts and associates who were key figures in an investigation that directly concerned him.

Trump’s legally troubled allies were not the only recipients of clemency. Others include people whose pleas for forgiveness were promoted by people supporting the president throughout his term in office, including conservative media personalities and Republican lawmakers. Trump has also shown a willingness to intervene on behalf of service members accused of war crimes.

As Trump continues to face legal challenges himself, Washington insiders were curious if he would attempt an unprecedented self-pardon, or perhaps issue preemptive pardons to other family members or senior aides.