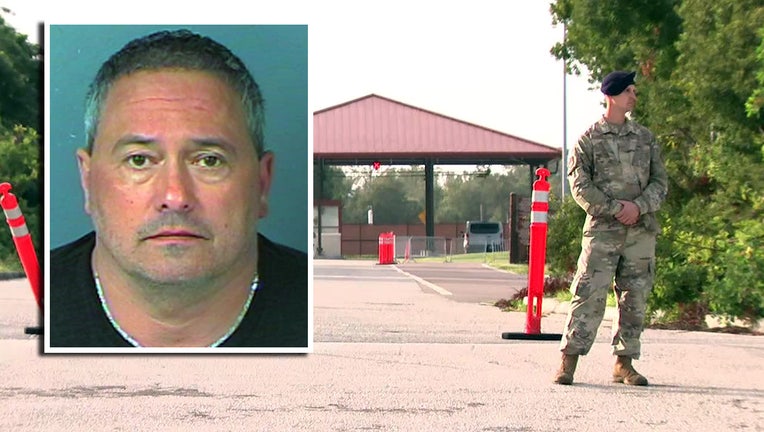 TAMPA, Fla. - The man who wreaked havoc across multiple counties Friday has been apprehended, according to online jail records in Hernando County.

It started as a domestic dispute in St. Petersburg and lead to a report of an "armed and dangerous" person near MacDill Air Force Base, putting the South Tampa facility on lockdown for nearly an hour.

Around 7 a.m., MacDill officials say, local law enforcement notified the base about an armed and dangerous suspect near the Tanker Way gate area, prompting a base-wide lockdown amid fears of an active shooter. The FBI, ATF, and Department of Homeland Security all arrived on the scene, according to the ATF.

By 8 a.m., base officials said the "situation" had been isolated to the Tanker Way gate area. The lockdown was lifted and traffic was beginning to flow back onto the base. A lockdown at Tinker Elementary, the on-base school, was similarly lifted.

"There were no shots fired on MacDill, and no injuries to MacDill employees," a base public affairs statement noted. 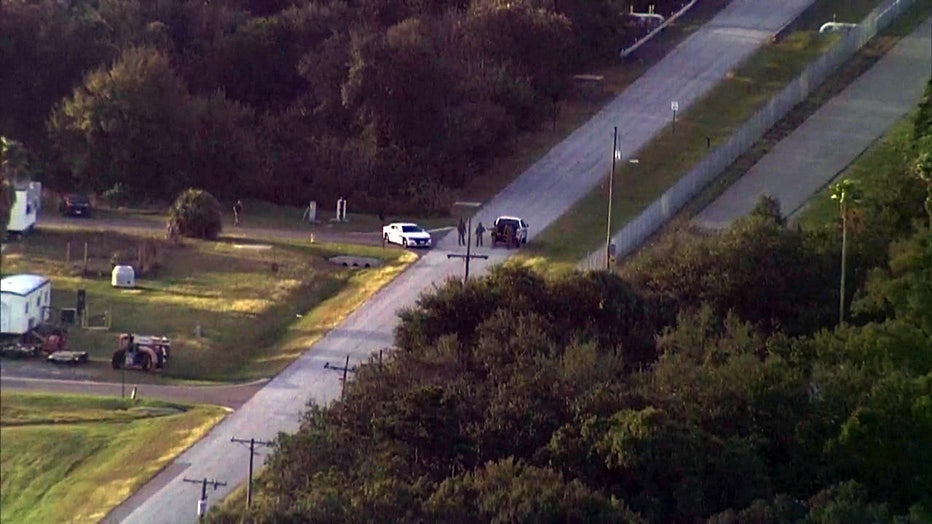 Law enforcement searches the area outside of the Tanker Way gate, seen from SkyFOX.

All base gates reopened except for the Tanker Way gate, which is the entrance generally used by trucks and commercial vehicles.

A St. Petersburg police spokesperson later said the suspect, identified as Joseph Ruberto, was initially involved in a domestic dispute at the apartment where his ex-girlfriend and her new boyfriend live. Ruberto was armed when he showed up at the apartment complex, vandalized a car belonging to the woman's boyfriend, damaged the door to their apartment, and then fled, according to police.

Police say they knew Ruberto was on or near MacDill and was armed, so they alerted the base.

Base lockdown backs up traffic

Around 9 a.m., police said the 54-year-old was taken into custody by Hernando County Sheriff's Office, north of Tampa. Unspecified charges were pending.

MacDill Air Force Base plays a key role in some of the world's busiest military hot spots. The base is home to the 6th Air Mobility Wing, which operates large KC-135 refueling tankers. It also houses U.S. Central Command, which oversees American and allied operations in the Middle East, and U.S. Special Operations Command. 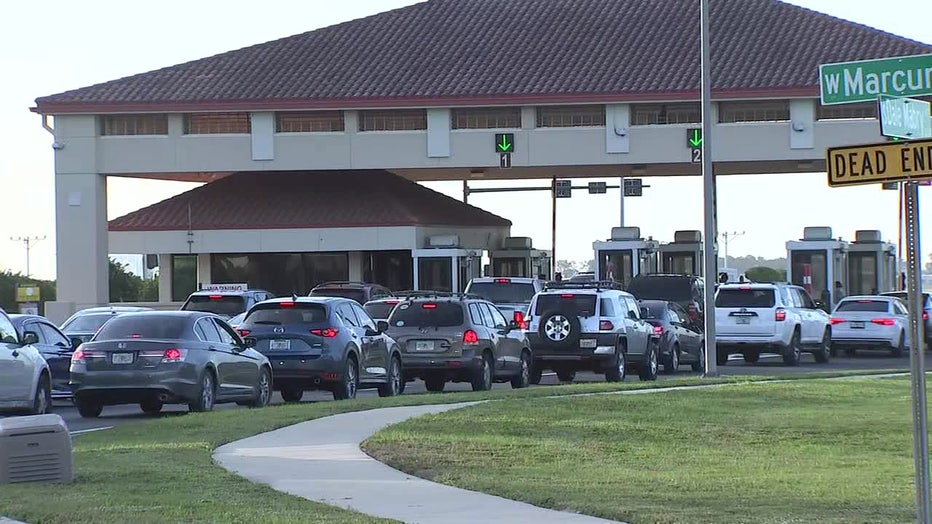 Traffic backed up at the base's Dale Mabry gate, even after the lockdown was lifted.

MacDill leadership took the opportunity to remind the base community to have a plan in place in case of a real emergency someday.

"We all took this very seriously and I know it may have been inconvenient for a lot of folks during the morning commute, but when it comes to the safety of our service members, as well as our families, we're going to always go with the better approach and be conservative," 6th Air Mobility Wing commander Col. Stephen Snelson said in a Facebook message.