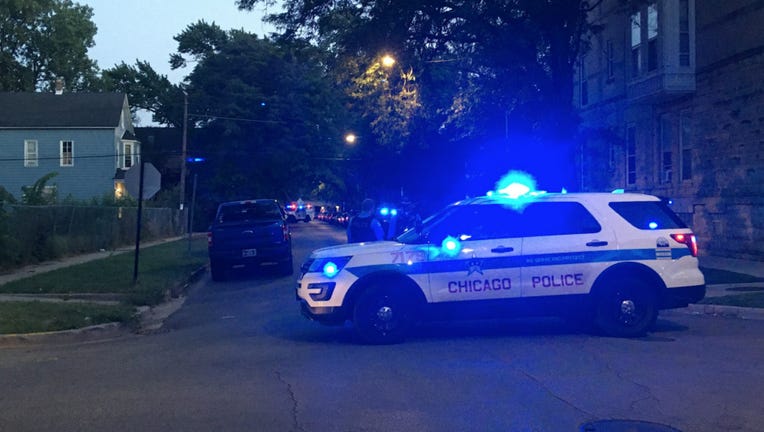 Police responded Aug. 13, 2020, to a standoff in the 1800 block of North Drake Avenue in Logan Square. (David Struett/Sun-Times)

CHICAGO - A 41-year-old Logan Square man allegedly threatened police that he would get a gun during a domestic fight Thursday, prompting a SWAT standoff in the Northwest Side neighborhood that ended peacefully with his arrest.

He was arguing with two females in a home in the 1800 block of North Drake Avenue when he was locked outside and punched the front door and smashed the front windows, according to Chicago police.

He climbed back inside and grabbed a bat from one of the women, swinging it at them and threatening to charge them, police said. The women escaped from the home after he allegedly scratched and choked one of them.

When officers arrived to the home, the man spoke to them through a broken window from inside, police said. Officers called in a SWAT team and the CPD helicopter once he allegedly threatened to get a gun.

About 8:15 p.m., the SWAT team entered the home and arrested him, according to police, who suspected he was intoxicated. He was taken to Norwegian American Hospital for treatment of cuts to his wrists.

Investigators were unable to locate a gun in the home or on him, police said.

The man was charged with two misdemeanor counts of domestic battery, police said.

His initial court appearance is set for Aug. 14.