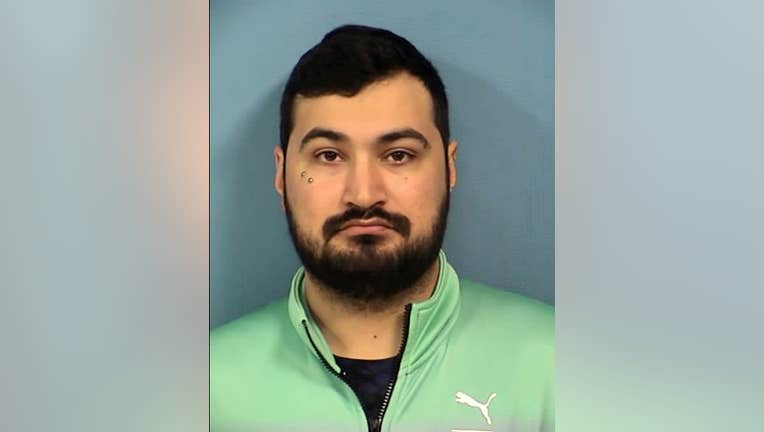 Christian Frazee, 25, was charged with one count of possession of an incendiary device and one count of attempted terrorism, the DuPage County state’s attorney’s office said in a statement.

An officer allegedly saw Frazee, who was wearing gloves, face covering and dressed in all black, walking in the direction of the village’s municipal campus about 12:27 a.m. with a bat hanging from his bag, prosecutors said.

Frazee then walked towards employee and village-owned vehicles while holding a lighter and a Molotov cocktail, prosecutors said. He was taken into custody and found with a stash of seven lighters and a butane torch lighter.

His bail was set at $1 million at a hearing Tuesday and is due back in court June 29.