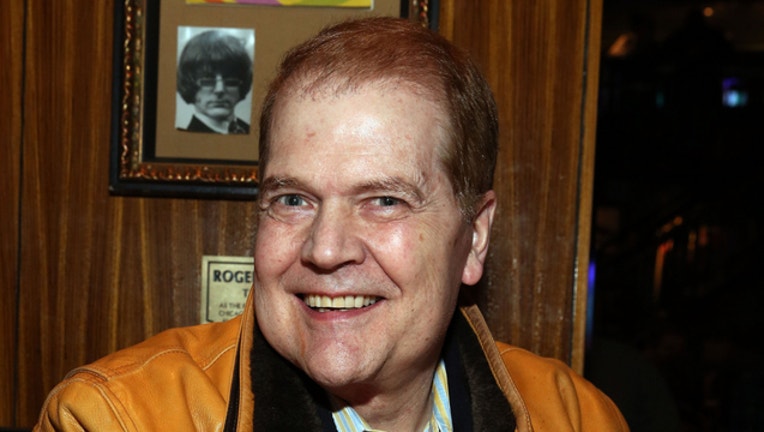 Chet Coppock at Battle of The Bands to Benefit Little Kids Rock at Hard Rock Cafe on February 25, 2015 in Chicago, Illinois. (Photo by Tasos Katopodis/Getty Images for Little Kids Rock)

CHICAGO (AP) - Longtime Chicago sportscaster Chet Coppock has died at age 70 after a car accident a week ago.

His daughter, Lyndsey, says on her Facebook page her father died Wednesday. He was a passenger in an accident April 11 near Hilton Head, South Carolina

Coppock was a fixture on local sports television for years and a pioneer of sports talk radio with his "Coppock on Sports" show on WMAQ-AM in Chicago. The bombastic Coppock came to be known as the "Godfather of Sports Talk Radio," greeting callers by saying "Your dime, your dance floor."

Coppock worked as a roller derby announcer, promoted pro wrestling and was ring announcer during the Chicago portion of Wrestlemania 2.