PORTLAND, Ore. (AP) – A 4-year-old macaw named "Bird" is an instant celebrity after appearing in a posed booking mug shot in Oregon with his unfortunate owner.

Craig Buckner left Bird in a tree outside court in Washington County while he went in for an appearance Thursday in an ongoing drug and theft case, said Sgt. Bob Ray, the sheriff's spokesman. Buckner was not expecting to be arrested, but when he fell asleep while waiting for his case to be called, he was taken for a drug urine test and failed, Ray said.

When he realized he was going to be arrested, Buckner got very upset and deputies finally realized why.

"He was very concerned about Bird the bird," Ray said. "Very distraught."

Bird was 30 feet up the tree, Ray said, and it was getting dark and rainy. Temperatures were in the low 40s.

Deputies realized there was no way Bird — a tropical parrot — would survive overnight, but he would not come to them.

They eventually brought Buckner outside and removed the restraints from one of his hands.

Bird immediately flew down to Buckner and landed on his shoulder.

The macaw stayed with deputies for several hours and feasted on peanuts until they reached a friend who could pick Bird up.

While they waited, deputies let Buckner's feathered friend sit on his shoulder in a set up booking shot, just for kicks.

They also took a real booking photo of Buckner without Bird — but the macaw still managed to photo bomb it with a few of his colorful feathers, Ray said.

The department is proud of how it landed the Bird, even if it did take extra time on a busy day, Ray said.

"We're not all robots. We're humans, we love animals and we want to do the right thing," he said.

"For the animal, and for Mr. Buckner too." 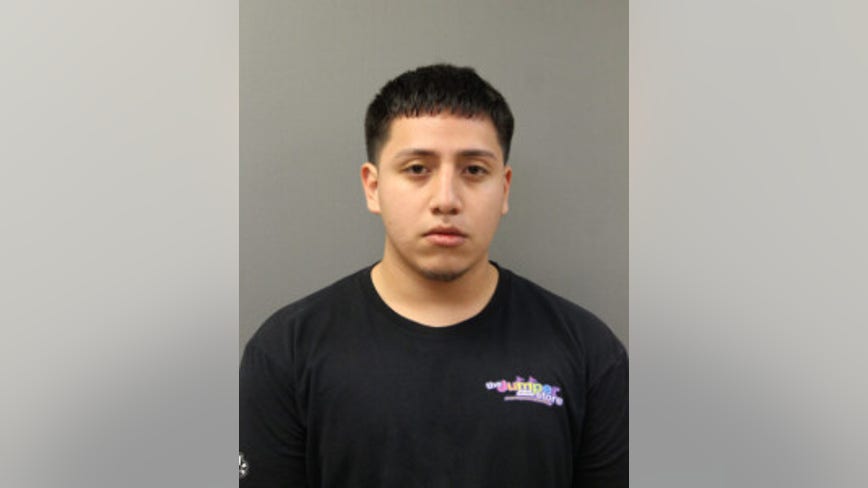