Pew survey: Across the globe, the majority of people don’t trust President Trump

Western European countries were particularly critical of Trump, with about 75 percent of people in Germany, Sweden, France, Spain and the Netherlands reporting that they lack confidence in the American leader.

WASHINGTON D.C. - A significant majority of people residing in 33 countries outside of the United States do not trust President Donald Trump when it comes to handling world affairs, according to a survey from the non-partisan Pew Research Center published Wednesday.

Since taking office, Trump has consistently received majority negative reviews from those living in foreign countries, but his approval rate has risen 7 percent (from 22 percent to 29 percent) since Pew Research Center conducted a similar survey two years ago. 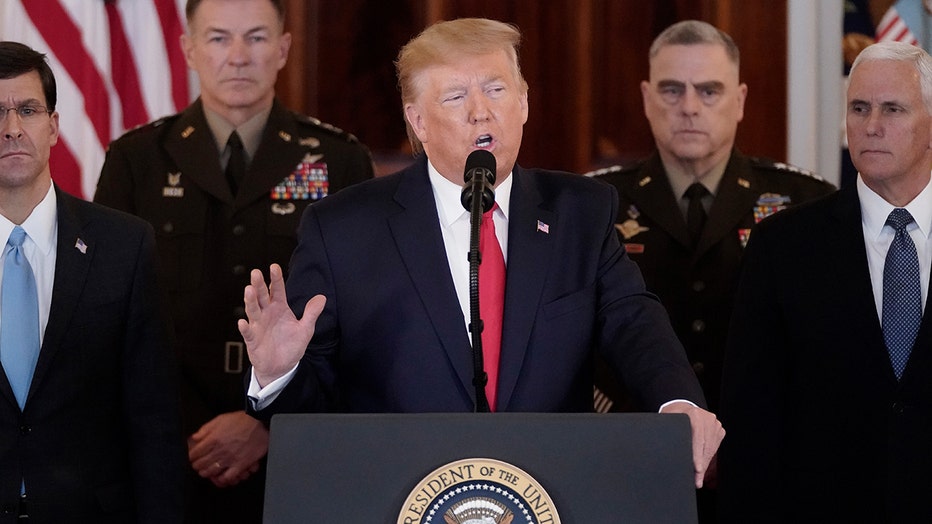 US President Donald Trump speaks about the situation with Iran in the Grand Foyer of the White House in Washington DC, United States ,on January 8, 2020. (Yasin Ozturk/Anadolu Agency via Getty Images)

Western European countries were particularly critical of Trump, with about 75 percent of people in Germany, Sweden, France, Spain and the Netherlands reporting that they lack confidence in the American leader. 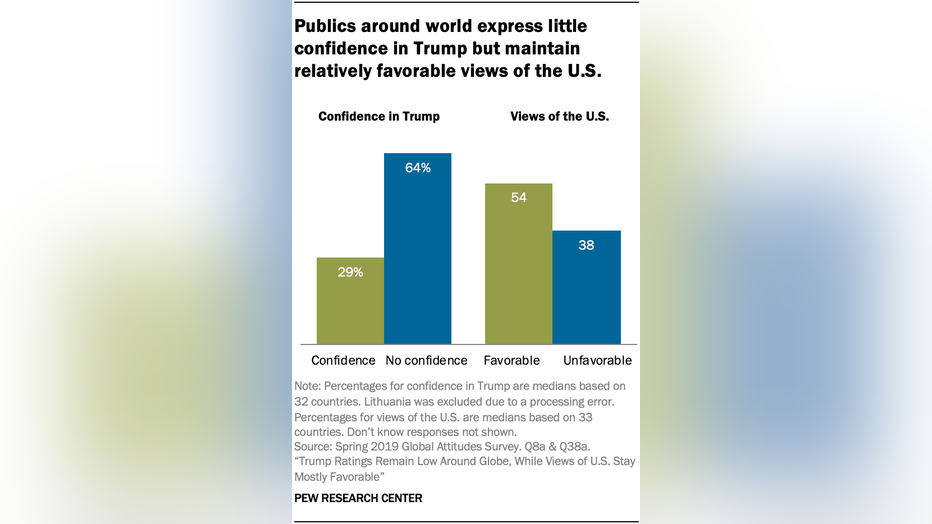 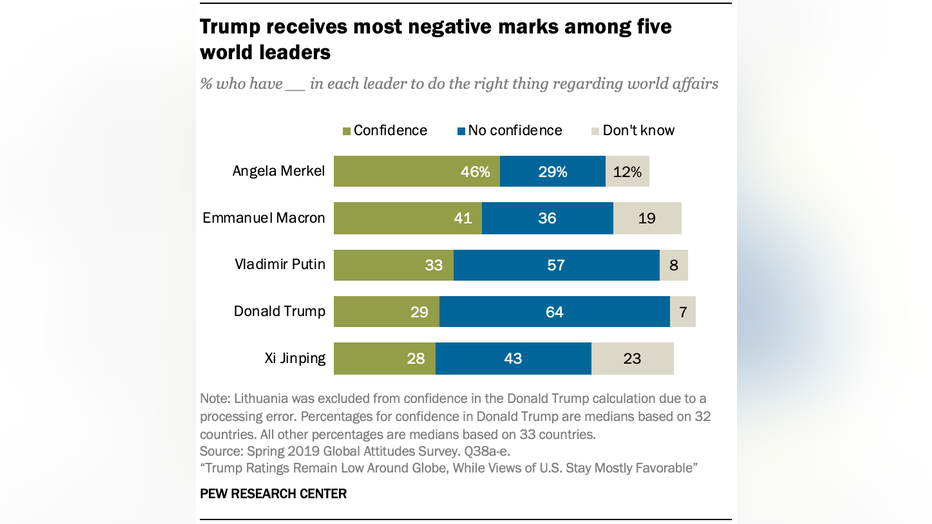 When a 2017 survey was conducted after Trump’s inauguration, global confidence in the U.S. president took a nosedive, and global ratings of the U.S. declined simultaneously.

Across all 33 countries surveyed, a median of 54 percent of those polled held a favorable opinion of the U.S., significantly lower than during the Obama era.

Trump’s policies were cited as significant drivers of the lack of confidence in the U.S. president and the country as a whole. 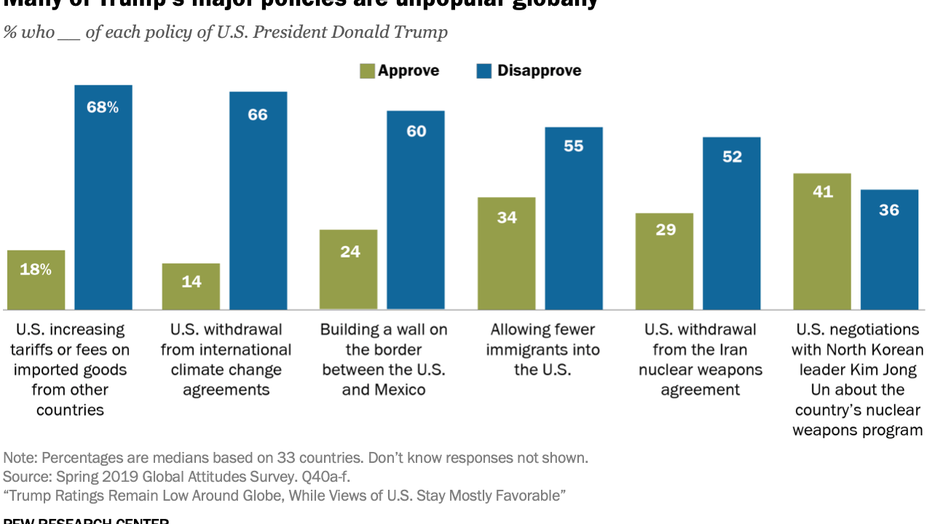 The current survey found that support for Trump has increased among the ideological right in many countries. 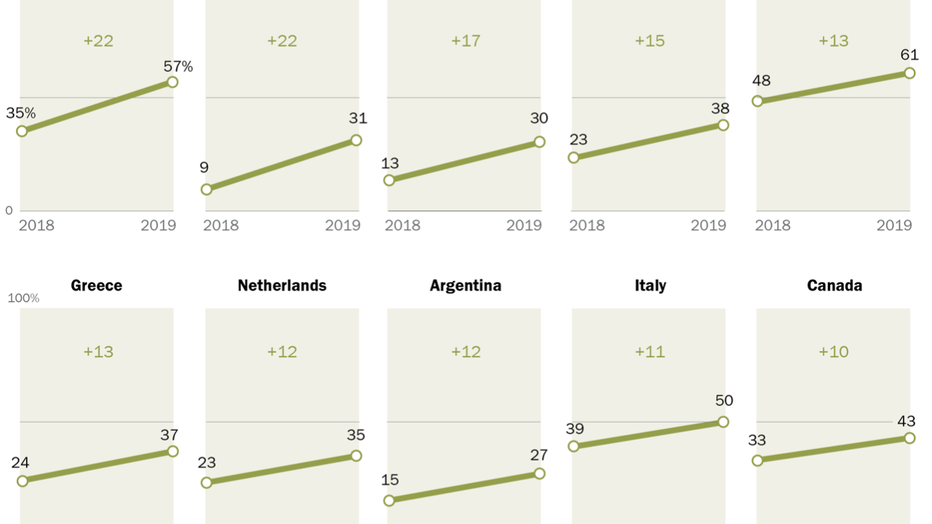 Approximately 70 percent of people polled in Israel, for example, expressed confidence in Trump, and 74 percent went on to endorse his decision to move the U.S. Embassy from Tel Aviv to Jerusalem. Additionally, 66 percent of Israeli respondents support Trump’s decision to withdraw from the Iran nuclear deal. 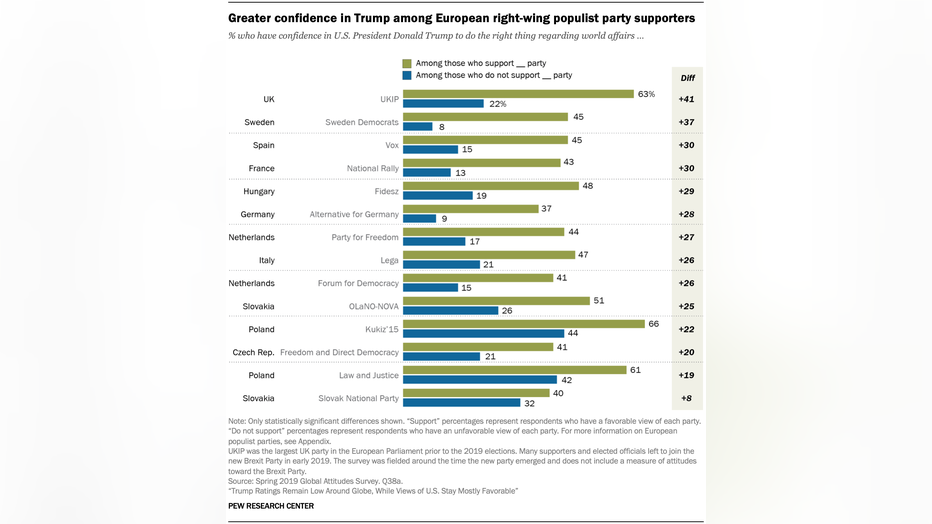 "Yet even among respondents on the right, confidence in Trump rises to 50% or higher in only six nations," the study's authors noted.

Survey results were gathered from May to October 2019, with 36,923 total respondents.