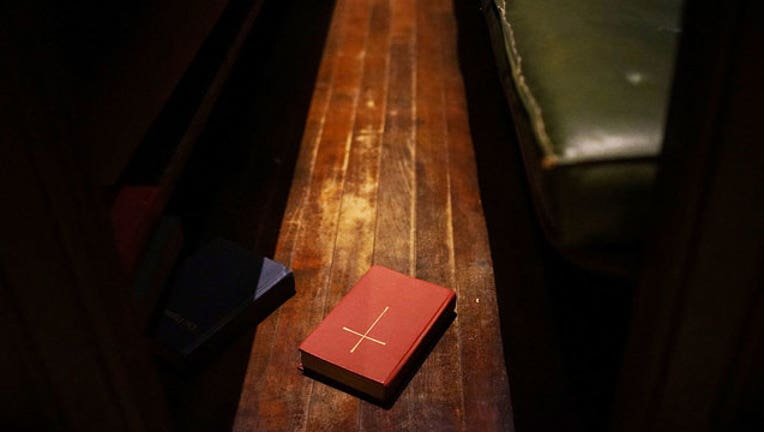 A Book of Common Prayer sits in a pew at a Times Square church, where some area homeless take refuge from the cold on December 12, 2013 in New York City. (Photo by Spencer Platt/Getty Images)

TELLICO PLAINS, Tenn. (AP) - Police in Tennessee say a man accidentally shot himself and his wife while showing off his gun in church.

Parks said the man pulled out .380 caliber Ruger handgun, removed the magazine, cleared the chamber, and showed the gun. He put the magazine back in and returned the gun to its holster.

When someone asked if they could see the gun, he pulled it out saying the gun was not loaded and pulled the trigger.

Parks said the bullet sliced the man's palm, then entered the left side of his wife's abdomen and exited the right side.

The couple, in their 80s, were flown to a hospital with injuries that didn't appear to be life-threatening.