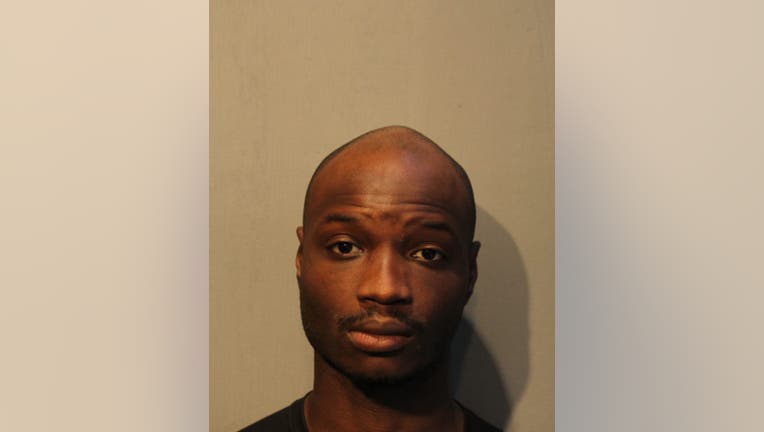 Drummond allegedly entered the apartment of the roommates, ages 22 and 25, through a window above their door in the 1300 block of East 52nd Street.

Drummond went on to wake up the women, who had just arrived in Chicago two weeks before, and demanded money, Assistant State’s Attorney James Murphy said. Drummond allegedly placed a hard metal object on the back of one woman, claiming it was a gun.

One victim was slapped to the ground by Drummond before he rummaged through the women’s belongings and grabbed a jewelry case, Murphy said.

Drummond eventually ordered the woman to leave the apartment and enter a car outside, battering them along the way, Murphy said. He allegedly groped one of the women on the way to an ATM, where one of the victims withdrew $450, but the other was unable to get cash. That woman unsuccessfully tried to contact her family for a cash advance.

Drummond then drove the women to another ATM, but both victims were unable to withdraw cash there, Murphy said.

Next, Drummond went to a Walgreens, hoping to get cash from a money transfer company inside, Murphy said. One of the women went into the store. Drummond then went in to get her, leaving the other victim in the car, Murphy said. That woman was able to flag down a passerby in the parking lot and call 911 with the person’s cellphone, Murphy said.

Drummond left the women at the Walgreens and drove to his girlfriend’s home, where he allegedly confessed that he had taken her car, kidnapped two white women and stole their jewelry. He also asked his girlfriend to destroy his shirt, Murphy said.

Once arrested with the stolen jewelry in his possession, Drummond identified himself in surveillance video that captured the kidnapping. But he allegedly claimed the women were drunk and entered his car willingly, Murphy said. Neither woman was intoxicated, Murphy said.

Drummond also denied touching the women and claimed the stolen jewelry was from a friend, Murphy said.

Drummond has a 1-year-old daughter and lives with a childhood friend, an assistant public defender said in court Thursday.

He is expected back in court Sept. 29.