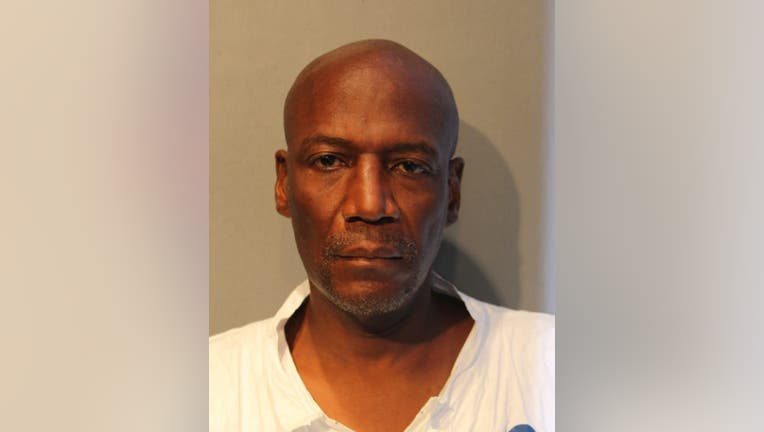 CHICAGO - A convicted felon with a history of domestic violence allegedly stabbed his girlfriend to death with a kitchen knife after they fought over alcohol and a cigarette on the South Side over the weekend.

Before the murder that took place between the park and the Bronzeville Classical Elementary School, Haymore’s friend had seen the couple “bickering” about sharing alcohol and a cigarette, prosecutors said. The friend left to grab a six-pack of beer and came back to find Williams, 53, and Haymore still arguing.

Williams eventually left after yelling at Haymore, but the friend stayed with her for a bit until they decided to leave for Haymore’s mother’s house a block away near 43rd and State streets, prosecutors said.

As they walked down the first block of West Root Street, Haymore and her friend noticed Williams walking toward them, prosecutors said.

The friend allegedly asked Haymore if he should “knock out” Williams, but she said “no.” So the friend continued walking while Haymore slowed down as if to speak to Williams, prosecutors said.

Seconds later, Haymore could be heard grunting as Williams allegedly stabbed her three times: once in her chest and twice in her abdomen.

Haymore’s friend tried to intervene, but Williams already had started walking away, prosecutors said. The friend took a swing at Williams and tried to grab him, but Williams, still holding the knife, allegedly asked if he “wanted some of this.”

Haymore was unable to speak when her family rushed to the scene. She was taken to the University of Chicago Medical Center where she died an hour later at 5:20 p.m. Sunday.

Williams was arrested within 15 minutes of the deadly stabbing a half mile away. He was allegedly wearing the same distinctive blue checkered shirt captured on surveillance cameras. A stain on his pants tested positive for blood, prosecutors said.

This was not the first time Williams was violent with Haymore, according to prosecutors. In November, he was allegedly captured on surveillance cameras choking and repeatedly pushing her at the Metra Stoney Island station. Williams was never charged because Haymore refused to sign complaints, prosecutors said.

He is expected back in court Aug. 17.