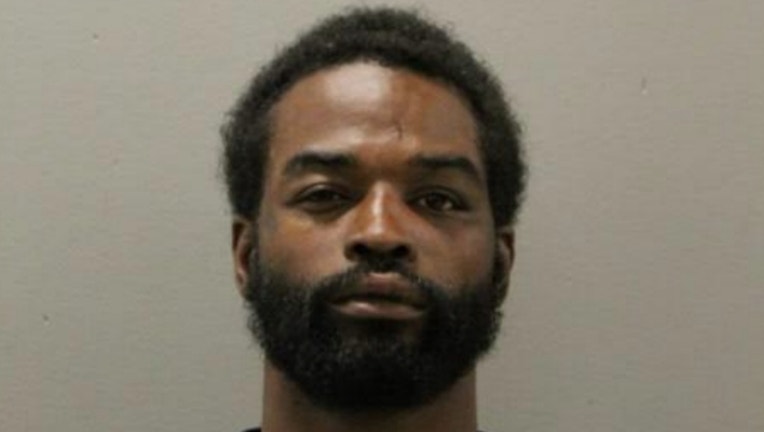 CHICAGO (SUN TIMES MEDIA WIRE) - Jamie Harrison warned the police officer who arrested him over the weekend that he was “coming after his b***h-a**” if he made bond, Cook County prosecutors said.

On Monday, Cook County Judge John Lyke ordered Harrison held without bond, on charges of attempted murder of a police officer, aggravated battery, attempting to disarm a police officer and a weapons charge, the Chicago Sun-Times is reporting.

Harrison, 33, took off running Sunday afternoon when he and a group of men hanging out in the 8800 block of South Wallace Street were approached by plainclothes officers, Assistant State’s Attorney Jason Coelho said.

Harrison, Coelho said, grabbed at his waist before taking off. As officers gave chase, Harrison tipped over trash cans to block their pursuit, authorities said.

When an officer caught up to him, Harrison allegedly pulled out a .38 pistol and held it to the officer’s chest as the two struggled. The officer was able to get the gun away from Harrison, and threw it over a fence, Coelho said.

As the two wrestled, Harrison allegedly pulled out a .22-caliber pistol from his pocket, but bobbled the weapon and dropped it.

As he continued to grapple with the officer, Harrison ripped loose the cord from the officer’s radio, and bit the cable, then bit the officer’s arm, Coelho said. Harrison tried to pull the officer’s service weapon out of its holster, Coelho said. Other officers arrived and were able to subdue Harrison, who was taken to South Shore Hospital for treatment of injuries suffered in the scuffle. The officers found a Taser in Harrison’s pocket as well, Coelho said.

On the trip to the station, Harrison allegedly told officers that he would have killed them, but didn’t have the time.

Harrison, his left eye bruised and swollen shut, muttered angrily as Coelho read his account of the arrest into the record.