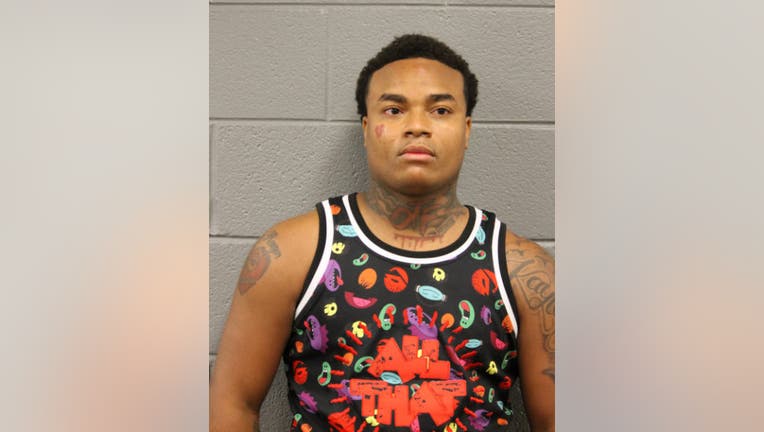 CHICAGO - A man is facing a gun charge after allegedly fleeing the scene of a shooting that left one person dead and four others wounded Saturday in Austin.

Marquis Rushing, 21, of Lawndale, is charged with one felony count of aggravated unlawful use of a weapon, Chicago police said.

Rushing was seen running about 12:40 a.m. from the 100 block of North Laporte Avenue after several shots were fired into a crowd gathered at a backyard party, police said.

As Rushing fled the scene, he dropped a gun in the 4900 block of West Maypole Avenue, police said. Officers recovered the gun and Rushing was taken into custody in the 200 block of North Laporte Avenue.

He was released from custody Monday after posting bail, according to Cook County records. He is expected back in court Oct. 2.