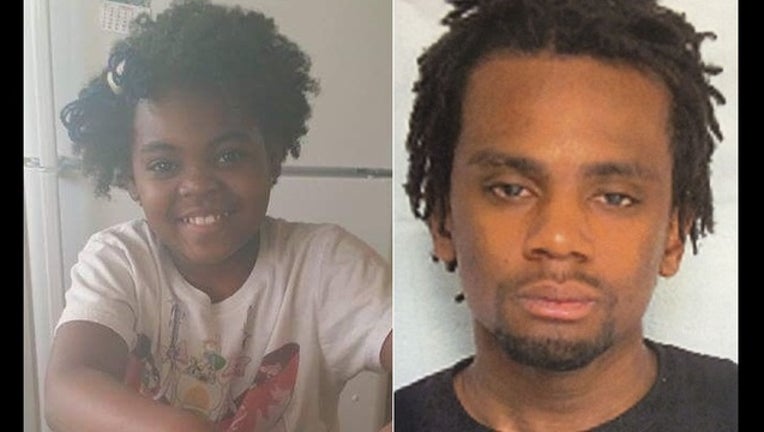 ST. LOUIS (AP) –  A suburban St. Louis man was charged Thursday with killing a 9-year-old girl who was sitting on her mother's bed doing her homework when shots were fired into her home.

St. Louis County prosecutor Bob McCulloch charged De'Eris Brown, 21, of O'Fallon, Missouri, with second-degree murder in the Aug. 18 killing of Jamyla Bolden. Brown also faces three counts of armed criminal action and two counts of unlawful use of a weapon by shooting at a building. He is jailed on $750,000 cash-only bond.

In a probable cause statement, Ferguson officer William Ballard said Brown fired through a bedroom window. A witness identified Brown as the shooter, and he allegedly confessed. Police did not release a possible motive for the shooting but said Jamyla was not targeted. They would not say if someone else in the house, or thought to be in the house, was the target.

Brown does not have a listed attorney who could comment on the allegations.

Interim Police Chief Andre Anderson said the crime was emotional for the officers of his department.

"It was a tragedy. It had an impact on us, and it's certainly something that we all don't want to see again," Anderson said.

The shooting happened at a small ranch-style home a few blocks from where 18-year-old Michael Brown was fatally shot by police officer Darren Wilson on Aug. 9, 2014. A grand jury and the U.S. Department of Justice declined to indict Wilson, but the shooting sparked sometimes violent protests and helped spur a national "Black Lives Matter" movement.

Anderson and Mayor James Knowles said the city's efforts to change the way it does policing in the wake of a scathing Justice Department report that followed the unrest after Brown's death prompted cooperation that helped lead to the suspect. Neither he nor police would discuss specifics of those tips.

"I think that's a prime example of how our community-oriented policing model is working today and will continue to work in the future," Knowles said.

"Basically this was old-fashioned police work. You get out and talk to the community and follow leads that are provided," DeCarli said.

DeCarli said the shooter was on foot and as alone at the time of the crime. He said there are no additional suspects being sought.

Jamyla's mother was struck in the leg and is recovering.

Jamyla's death resonated throughout the St. Louis area, prompting a vigil and calls for an end to violence, especially in predominantly black areas of the region. Jamyla was black, as is her alleged assailant, and the girl lived in a predominantly African-America neighborhood.

Jamyla was a fourth-grader at Koch Elementary School. Her funeral is Saturday.