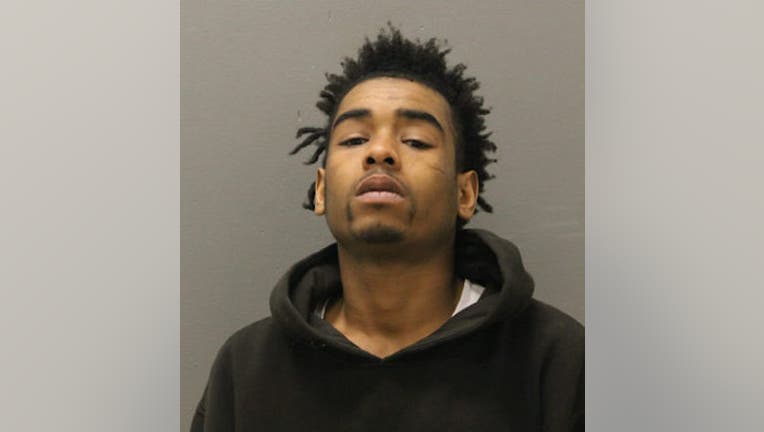 CHICAGO - A South Deering man is charged with firing a gun on a CTA Red Line train Tuesday at the 79th Street station.

Latimore was allegedly arguing with another man on the Red Line train about 3:45 p.m., police said.

He allegedly fired one shot on the train before stepping onto the 79th Street platform and firing another shot back into the train, police said. No one was hurt in the shooting.

Officers recovered one shell casing inside the train and anther on the station platform, police said.

Police released surveillance photos of two suspects in the shooting.

Latimore was ordered held without bail during a hearing Thursday, according to Cook County court records. He is due back in court April 22.