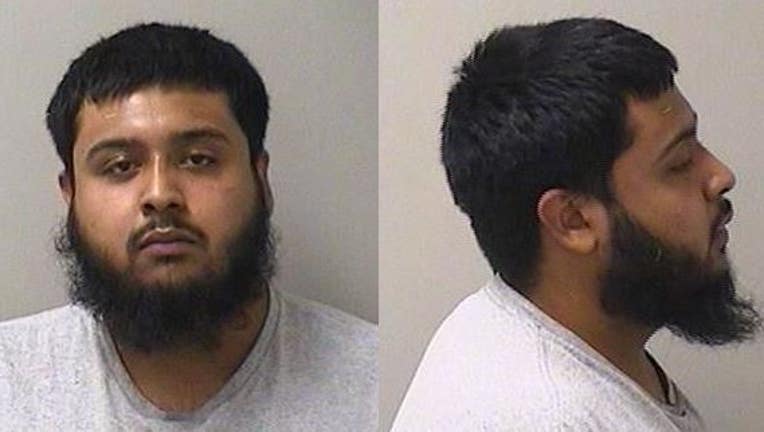 AURORA, Ill. - An Aurora man is facing a slew of charges after leading police on a high-speed chase Friday morning across the western suburb.

A Kane County sheriff's deputy tried to initiate a traffic stop but Vilchis refused to pull over and fled from the deputy, driving through a red light and turning off the car's lights, police said.

The Honda was traveling east on Route 30 and crossed into the westbound lane, almost striking another deputy's car, causing it to go off the road.

The car crossed back into the eastbound lane and continued to drive at a high rate of speed, police said. Another deputy down the road was preparing to deploy a "vehicle deactivation device" in an attempt to disable the Honda.

As the Honda approached, the deputy saw Vilchis intentionally cross into the westbound lane and direct his vehicle at him.

The Honda narrowly missed striking the deputy who had to run behind his squad car for safety.

The chase continue for several minutes until deputies decided to use their vehicles to force the Honda off the road, police said. The Honda came to a stop after it was pinned against a curb in the intersection of Cedar and Wilder streets in Aurora.

Vilchis, of Aurora, was taken into custody.

There was another passenger in the car but police determined he was trying to get Vilchis to pull over during the pursuit. He was released without any charges.

In addition to several traffic citations, Vilchis was charged with: