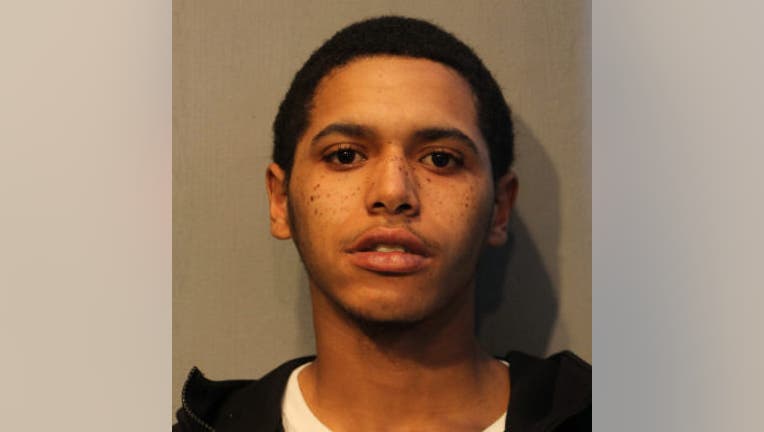 CHICAGO - A man is charged in two separate carjackings after allegedly speeding off in a Porsche before the driver was fully out of her car and, days later, slamming a child to the ground from an SUV, police said.

Caleb Morales, 20, of Brainerd, was arrested Sunday evening in the Back of the Yards and charged with two counts of felony vehicular hijacking, Chicago police said.

On Jan. 5, he allegedly entered the unlocked front passenger door of a 2019 Porsche Cayenne in River North while a 53-year-old woman sat in the driver’s seat, police said.

With a hand in his pocket — implying he had a weapon — he yelled at her to leave the car, police said.

He partially pushed her out of the driver’s door, climbed into the driver’s seat and drove off with her still partially in the car, police said. The woman fell out and bruised her arm and wrist.

The incident happened about 2:45 p.m. in the 300 block of West Illinois Street, police said.

In a second carjacking, police said two armed men entered a Ford Escape about 1 p.m. Sunday on the Near West Side.

A woman and three children were about to exit the SUV in the 1400 block of West Fulton Street when the pair approached and entered the front seats, police said.

One man allegedly forced a 10-year-old boy from the SUV, slamming him to the ground, police said. He then took out a handgun, told the others to leave and drove off.

Morales was arrested about 9 p.m. that day in the 5400 block of South Peoria Street, police said.

He appeared in bail court Wednesday afternoon and is due back Jan. 21, according to Cook County court records. Morales was released after posting bail.