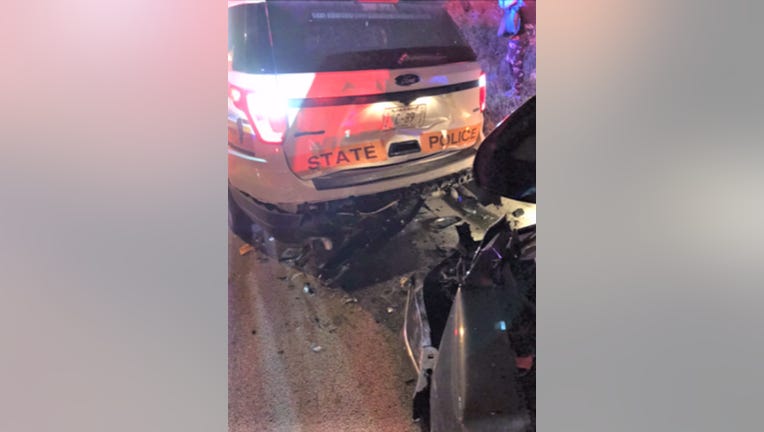 A man has been charged with DUI after a crash with an Illinois State Police squad car Sunday on the Eisenhower Expressway on the West Side.

A trooper was sitting in a parked squad car with its lights activated filling out paperwork from a previous traffic stop at 1:15 a.m. on wesbound I-290 near Central Park Avenue when a 2001 Pontiac Bonneville rear-ended the squad car, according to a statement from Illinois State Police.

The driver of the Pontiac, 46-year-old Alberto R. Hilbelink of Cicero, was charged with driving under the influence, authorities said.

He was also issued citations for violating Scott’s Law by failing to yield to an emergency vehicle, as well as improper lane usage, improper passing and failure to reduce speed to avoid an accident, according to state police.