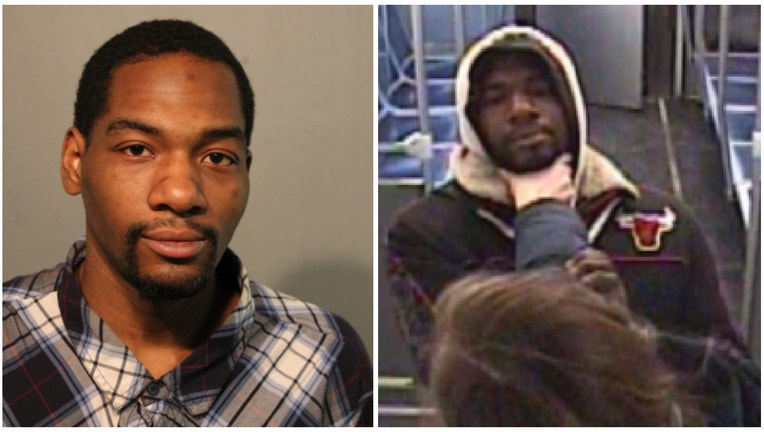 CHICAGO - A Woodlawn man is charged with exposing himself and robbing a woman on a CTA Red Line train earlier this month on the North Side.

Antoine Jackson, 27, allegedly exposed himself and inappropriately touched a woman on Jan. 2 on a northbound Red Line train approaching the Morse station, Chicago police said. He also demanded that she perform an “inappropriate act,” police said.

The woman was alone with him in the CTA car, and moved to another car but the man followed her, police said.

A surveillance photo released by police appears to show the woman holding the man back by his neck.

He left the train at Morse after stealing her belongings, police said.

Jackson is due for a bail hearing on Thursday.