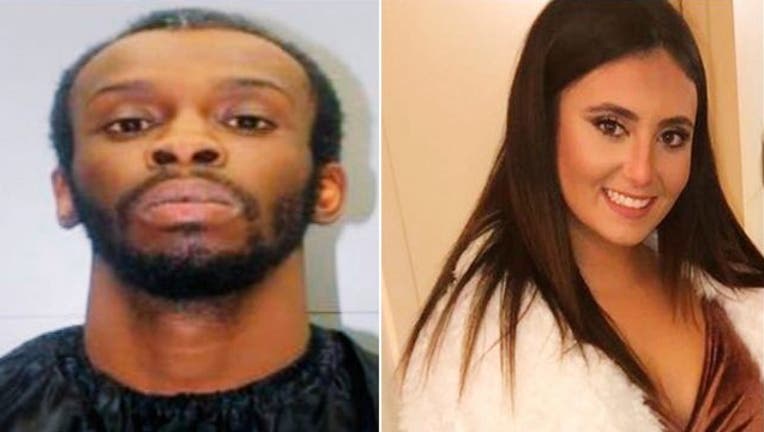 Columbia PD announced Saturday that authorities had charged 24-year-old Nathaniel Rowland with the killing of Samantha Josephson, 21, after a traffic stop revealed that victim's blood was located in his vehicle. (Columbia Police Department)

FOX NEWS - A South Carolina man was charged Saturday with the kidnapping and murder of University of South Carolina student Samantha Josephson; police say they believe he picked her up in a vehicle, killed her and dumped her body in a wooded area.

Chief William H. Holbrook, with the Columbia Police Department, said at a news conference on Saturday night that authorities had charged 24-year-old Nathaniel Rowland with killing Josephson, 21. A traffic stop reportedly found the victim's blood in his car.

“Our hearts are broken, they’re broken. There is nothing tougher than to stand before a family an explain how a loved one was murdered,” Holbrook said.

According to police, Josephson was out early Friday with friends at the Bird Dog bar on Harden Street when members of the group got separated. After not being able to contact her at all the following morning, Josephson’s roommates contacted law enforcement.

Police learned that after leaving the bar, Josephson requested a ride from Uber and was last seen getting into a black Chevy Impala.

While investigators with the Columbia Police Department began a missing-person inquiry, Clarendon County police responded to a call about 3:45 p.m. that a body had been discovered in a field.

“The body had been found by a couple of people hunting … in a field in what was described by the sheriff to us as a wooded area in a very rural part of the county off of a dirt road -- about 40 feet off of a dirt road -- in an area  that would be very difficult to get to unless you knew how to get there.”

Police say Rowland resided close to where the body was found.