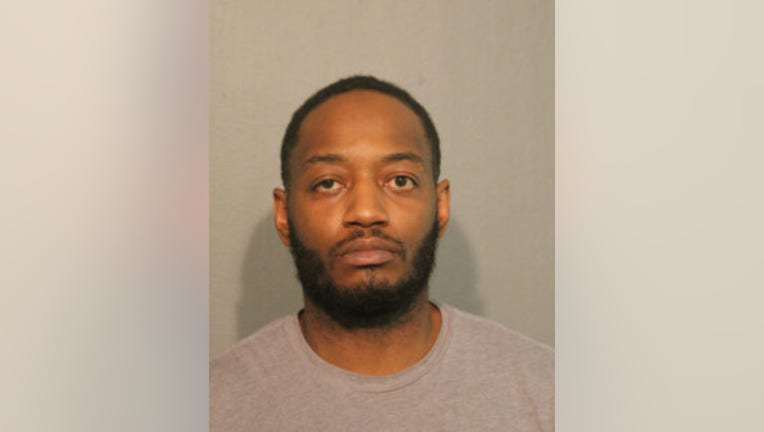 CHICAGO - A 33-year-old man charged with murder was ordered to be held without bail Saturday.

That day around about 5:40 a.m., Vazquez and his girlfriend were driving around looking for a car to burglarize when they spotted a seemingly unoccupied white sedan in the 2900 block of West Chicago Avenue, Cook County prosecutors said in court Saturday.

Vazquez approached the vehicle, which had heavily tinted windows, and tried to open the driver’s side door, prosecutors said.

Video from the area showed Vazquez, 22, appeared startled when the door opened and Woods stepped out, prosecutors said.

As Vazquez turned away to run back to his car, Woods fired at least three shots, striking Vazquez in the back of his head, lower back and knee, prosecutors said.

Vazquez was unarmed and never threatened Woods during the encounter, prosecutors added.

In the video, Woods was seen wearing a mask when he exited and re-entered the car, which is registered to his girlfriend, prosecutors said.

Police recovered a red cell phone at the scene, which was also traced back to Woods, prosecutors said.

Prosecutors said they expect to file an additional armed habitual criminal charge against him.

Woods is expected back in court Monday.

Four new women came forward on Friday after a story aired on FOX 32 Thursday night about a suburban restaurant owner who allegedly recorded videos up the skirts of young female employees.