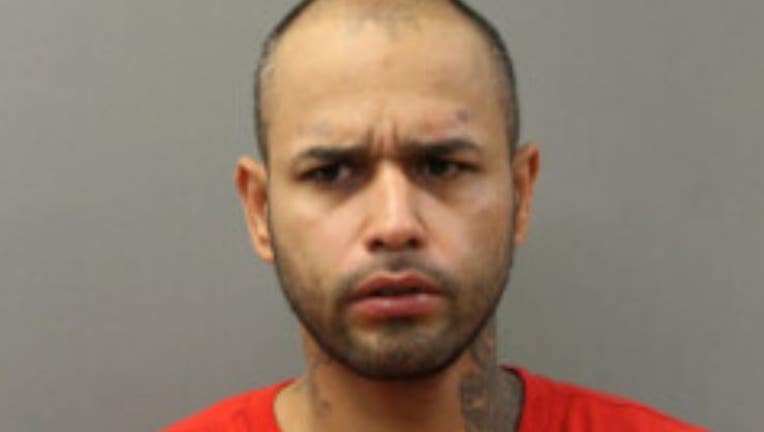 CHICAGO - A man is accused of fatally shooting another man who was trying to break up a fight last week in Austin on the West Side.

On Friday, Bergollo was involved in a fight with another person about 9:10 p.m. in the 1600 block of North Cicero Avenue when Kenny Winters attempted to break it up, police and the Cook County medical examiner’s office said.

That’s when Bergollo allegedly opened fire, striking Winters, 42, in the back and leg, officials said. He was taken to Stroger Hospital, where he was pronounced dead.

A police helicopter allegedly saw a blue Volkswagen Passat flee the scene and officers tried to pull the car over, police said.

The Volkswagen struck a Nissan sedan in the 2800 block of North Milwaukee Avenue and then hit an unmarked squad car that had its lights activated in the 3100 block of North Kedzie Avenue, police said.

Bergollo allegedly fled from the Volkswagen and was arrested after a brief foot chase, police said. Two other males ran out from the car and were not in custody.

Bergollo is due to appear in bond court Monday.

One killed, several wounded in shooting at hotel in Bloomingdale

The village of Bloomingdale is going to try to shut down a hotel after one person was shot dead and several others wounded. Officials say that this is just the latest in a serious of problems at the hotel.