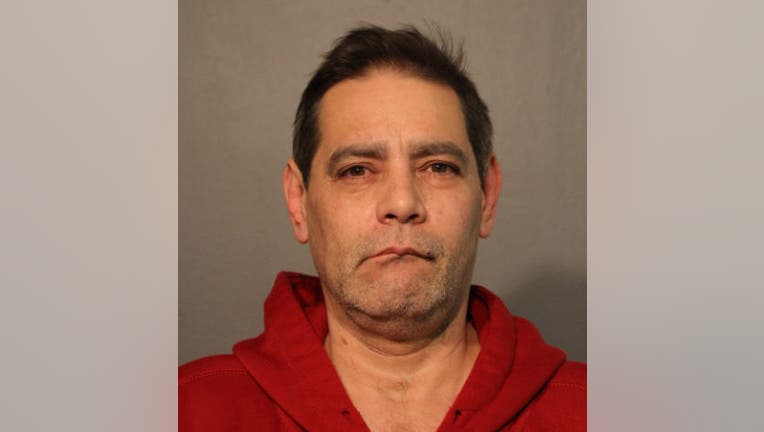 CHICAGO - A 57-year-old Round Lake man was ordered held without bail Friday for allegedly posing as an Amazon delivery driver and sexually assaulting a woman inside her Albany Park home in December.

Forrest Petersen knocked on the door of the victim’s apartment in the 4200 block of North Francisco around 8 p.m. on Dec. 29, carrying a package from the online retailer, Assistant State’s Attorney Esmerelda Rubio said during a bond hearing at the Leighton Criminal Court Building. When the 29-year-old woman opened the door, Petersen said the package was heavy, and offered to carry it inside.

Once inside, Petersen set the package down and began making “advances” toward the woman, Rubio said. In an assault that was captured by a video camera in the woman’s living room, Petersen then groped the woman and pushed her against a wall, Rubio said.

The woman screamed and managed to fight off Petersen, and Petersen walked out of the apartment while making vulgar comments, Rubio said.

Police learned during their investigation that Petersen lived just a few blocks away, and, after getting some identifying information, were able to track Petersen’s LINK card transactions at Target and 7Eleven. Surveillance video from the 7Eleven and the Target showed Petersen at the stores on several days before and after the attack, wearing the same clothing he wore in the video from the victim’s home.

Petersen was arrested Wednesday evening in the 900 block of Village Drive in Round Lake, police said. The victim identified him in a lineup, Rubio said.