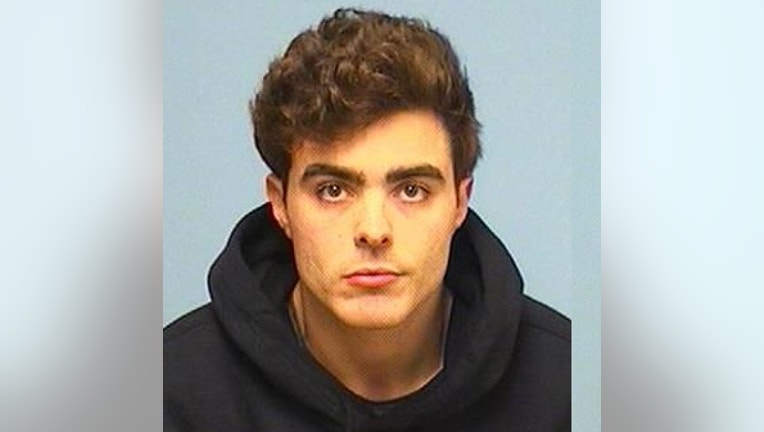 LAKE FOREST, Ill. - A man has been charged with selling drugs to students at Lake Forest High School from his north suburban home.

Sage Lawrence, 22, was arrested Wednesday after authorities executed a search warrant at his home in the 300 block of Noble Avenue in Lake Forest and found psilocybin mushrooms, marijuana and 31 containers of THC vape cartridges, according to a statement from Lake Forest police.

The investigation started when authorities received tips that Lawrence was selling drugs out of the house to students at the nearby school, 1285 N. McKinley Road in Lake Forest, police said. The school was placed on a “soft lockdown” for about 10 minutes while police searched the home.

His next court date is scheduled for Jan. 23, according to Lake County court records.